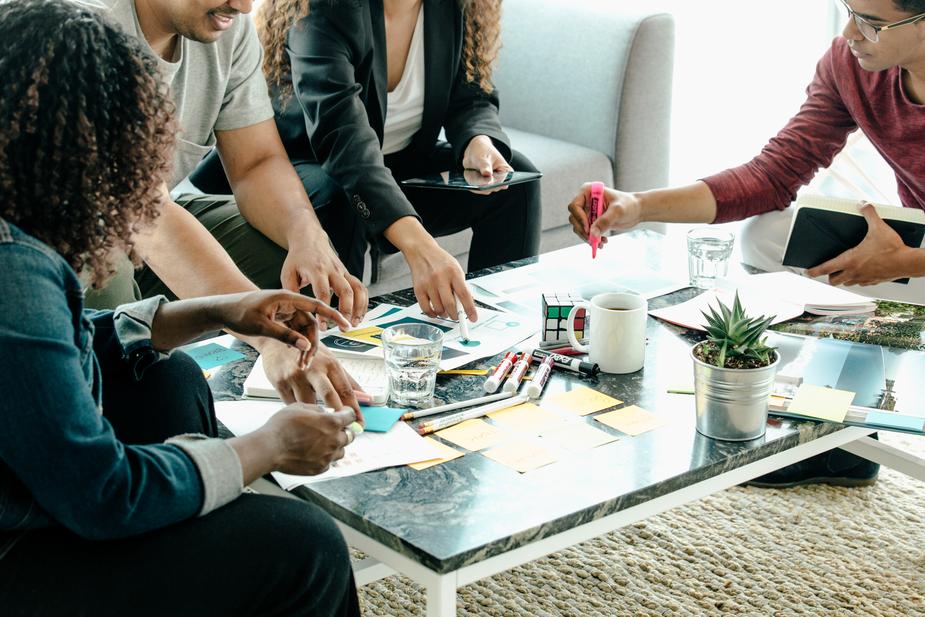 We’re all being smothered by false standards. Hoards of voices tell men to be “more assertive” and “take control,” while letting women know that their ticket to getting things done is to “smile more” and “be approachable.”

As entrepreneurs, we are really looking for the answer to one simple question: How can I make it happen?

We want to know how to make the dream work, and how to get people to rally behind us to lead our projects to success.

We are looking for actionable, specific advice that we can take NOW – not lofty, vague ideas that hide under the guise of “psychology hacks” (what does “be more alpha” really mean anyway!?).

The thing is, topics like charisma and influence are often made much more challenging than necessary. At the end of the day, social interactions are governed by one simple rule:

People like Tony Robbins and Tim Ferriss are able to teach the concepts of influence and leadership to a mass audience because all groups are controlled by a few key fundamental principles. Gaining an understanding of these principles allows you to gain respect and influence in any group you would like, and use that respect and influence to organize and guide people toward your goals.

Whether you are looking to inspire more prospects to convert to customers, want to create more cohesion amongst your team in the pursuit of your vision, or simply want to network more effectively, there are overarching themes that are sure to add a strong boost in the effectiveness of your actions as an entrepreneur.

And beyond all else, this is the most important one of all:

Look for what people want, and give it to them.

People join groups because it provides them the ability to have experiences they may not otherwise get to have. That said, everyone in the group is looking to the group to provide them with something. People may join a friend group in order to have fun and talk to people about the things they want to talk about, while people may join a specific career path for financial gain.

Now this all seems rather obvious, but where people tend to make mistakes is that they forget that everyone in the group has a specific motivation for being there. If you do not appeal to someone’s reason for being in the group, they will not see you as a valuable contributor to the group, and may treat you poorly as consequence.

If someone in a your friend group wants to have fun, and they do not see you as someone who can provide them with fun experiences, they will be neutral towards you at best. If they find it fun to see your reaction to their disrespect, but don’t see any other way to have fun with you, they might even be openly hostile toward you.

Likewise, if a coworker sees you as someone who is going to make their job more difficult, and you are not in a position of power over them, they are going to see you an unnecessary source of pain, and may mistreat you as a result.

As an example, let’s say that in a project you are running, there is a web designer in your group, Anna, who takes every opportunity she can to undercut your authority and make you appear incompetent in front of the others. There isn’t any outside tension (such as a conflicting friendship or sexual desire), and seeing as this is your project and she doesn’t have any stake, there is no angle for her to practically assume control of the project, so you just can’t understand why she has decided to make you the target of her tirades. You just chalk it up to being a big ego.

“Are you sure THAT’s the message you want to go to market with? I mean, I’ll put whatever you want on the webpage, I guess.”

“Why do you think it’s so important that we have the supply chain ironed out when we haven’t done any market testing yet? Are you trying to make this fail?”

Of course, every time she openly questions your decisions, the others on the team start to buy into her campaign against you. Lately, others on your team even follow suit, and question your decisions even when she isn’t in the meeting. While leading this project has now become an incredible pain, as everyday you face a volley of questions and dubious team members, this is your BABY, and you know it has serious potential to be something big once you get it to market, so what are you to do?

At this point, I’m sure any reader with an “alpha” mentality is thinking to themselves: “Well, why would you even put up that? Just drop her and hire someone else.”

While I can see that logic, it’s a short-sighted response, and it doesn’t cover all the bases.

What about a situation where you don’t have any other options, because her skillset is in the exact niche you need and it would be hard to find an adequate replacement? What about the blowback from the rest of your team if they see that you fired someone for speaking out? If they have truly vital insights that may save you from going the wrong direction, they may feel that they now need to keep their mouth shut while you plow your way to failure. How do you know that the others would stop questioning you after you fired her? If they are already questioning you on their own now, they already have strong enough doubts in you that her presence is no longer necessary to stoke the fire.

If this designer and her need to question you at every turn is the thing that is holding you back from getting taken more seriously by the group, then there is a much easier way to go about it.

Don’t ask: Why does Anna think she knows everything better than I do?

You need to remove the focus from yourself.

Ask this instead: What does Anna have to gain by attacking me?

When you look at it this way, you can see that Anna’s motivation to question you does not stem from the actual doubt of your decision making ability, but rather from the attention she gets from the others in the group when she does. In fact, when you look a little closer, you may realize that if Anna isn’t questioning your actions, the others on your team don’t give her opinions on anything much consideration.

As a web designer, Anna is often at the bottom of the food chain when it comes to business ventures. But she is an entrepreneur too. She wants to do big things. She wants her voice to heard, and her thoughts to have weight. Questioning you is just the easiest way to be heard.

So how do you make her stop? You give her the voice and consideration that she wants. When there is a meeting about the status of the project, and the team is deciding on next steps and priorities, ask her for her opinion and make sure people listen to it. Ask her to share her thoughts on the different parts of the business in a 1-on-1 setting, and give her thoughts ample consideration before deciding whether they hold merit. Comment on her good work in front of the group and make sure she knows how much you value her input to team, and how vital she is to the project’s success.

Show her that you hear her.

Yes, if you believe that web designers DO belong at the bottom of the food chain, this is going to be hard to do. It’s going to be especially hard when she has directly attacked your authority (and ego) in front of the team time and time again. And yes, when you first start to do it, Anna will likely think you are being condescending and simply try to attack your ideas and authority even harder.

However, once she sees that you are able to give her what she wants, she won’t feel the need to question you anymore. In fact, since you are one of the only people in the group who are giving her the attention and respect she wants, she may even start to DEFEND you when other people try to jump on your case.

If you aren’t getting the respect you feel you deserve in a group, figure out what people want, and find a way to give it to them. When you do, they will see that you make a much better ally than you do an adversary, and will look to you to help them achieve their group goals, elevating you to a level of more respect and leadership in the process.

When it comes down to it, it’s street-level knowledge: you have to help others to help yourself.

Hey, ambitious reader! Quick thought… You’re competing with 160 million of the American workforce this year for jobs, promotions, and business! Have no fear, we partnered with The American Genius to share special content, an extended series on professional and human strategy – covering subjects that remain unknown to many people. If you’re career climbing, check out our free guides on SocioEd for advice on topics (like how to get promoted quickly) that you can take action on immediately.

In this article:professionalism, respect, The News 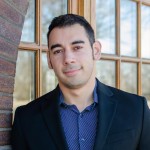 Issac Hicks is one of the main voices behind Socio Education. As co-founder and CEO, he works to provide his readers with practical, real, and immediately applicable tactics for their professional and social life.