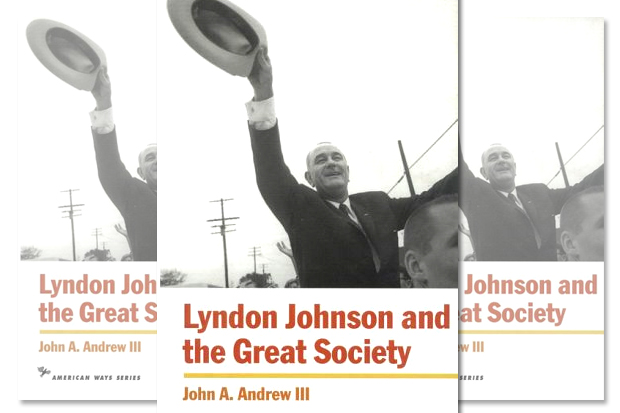 The now laughable and completely pathetic ‘Great Society’ launched by Lyndon Johnson has proven the socialist school of economics as an ideology for losers. The War on Poverty? The latest and most epic fail directly attributable to this thought process is the late but never to be lamented USSR. (Apologies to genuine thinkers everywhere.) After a few generations on the Taker Diet, the USSR died as a third world country with a world class war machine, the best athletes science could produce, and an economy that couldn’t even consistently feed its own people.

How effective was the Taker approach to economics there? They had to resort to force, often murder, in order to keep their citizens within the nation’s boundaries. Same goes for Cuba and its magnificent economic system of what I’ve come to call, Prison Economics. There’s a tried ‘n true process for this leftist economic tragedy.

First, control of the government is seized, almost always via murderous force.

Second, the populace is told their aim as the new leaders is completely altruistic. They only want what is fair for the ‘people’. No more poverty. Blah blah blah

Slowly, only for their own good, of course, the peoples’ rights are taken away. It’s about what’s good for everyone, not just for the selfish few, who have, after all, been lucky — and worse, selfish. It’s time somebody stood up for the poor. Turns out, the way to do that, is by a wholesale redistribution of the country’s wealth. Those who created it must give it up to those who didn’t.

What they always figure out when it’s far too late.

Folks begin to notice there seem to be those who’re doin’ a lot better than 98% of everybody else. The government favors those 2% or so in one form or another. Meanwhile, the average man and woman is told their patriotic duty is to work hard — for their country and their neighbor. After all, if we all buy into that nonsense, none of us will ever be poor or hungry, or without medical service, or anything else ever again.

Their neighbors? They see some of them hardly working, while they continue working hard themselves. They see the slackers being rewarded no differently than they are. They then put 2 and 2 together, coming to the only conclusion possible, based upon the empirical evidence.

You’ll get paid, have enough food, and a roof over your head whether you work hard or very little. The idea is to appear as if you’re doing what’s required. Since the plague of collectivism began in earnest in recent history, the 19th century, it’s caused the death of 10’s of millions through mass murder, starvation, and war. See, when your economic M.O. fails on an epic national scale, you either parish or grab the other guy’s ‘stuff’. If a segment of your population complains too much and/or too loudly, you jail them or kill ’em. When John makes a fuss about the obvious shortcomings of the geniuses forcing Taker Economics on them, then John disappears, folks tend to get the message.

Shut up or pay the price.

It’s a slower process in a Democratic Republic, but it still works every time it’s tried.

We had no income tax in America for the first 130+ years. Citizens were outraged for the most part. The top rate was not even double digits. We’ve been like the frog in the pot of water. We’re so conditioned as a nation to the government dictating pretty much everything we can and cannot do, we’re numb to the water’s ever increasing temperature.

As the Takers have gained more and more political power, their minions among us have now reached the tipping point in terms of numbers. It’s almost surreal to even hafta write this figure, but nearly one out of every two of us are recipients of ‘entitlement’ income from the government. There are two words in that sentence in great need of clarification. They’ve been so bastardized by the Takers in power the last few generations, they’ve completely lost their meaning.

Entitlement — The Taker politicians define it as those who’re literally entitled to Producers’ earnings and/or profits — via physical force and/or imprisonment if required.

Government — Takers define government as the real producer of all things. They don’t much adhere to the constitution’s definition, which stubbornly insists government is synonymous with ‘the people’.

Am I my brother’s keeper?

You bet. But even then it’s cuz I choose to, freely and from my own volition, completely sans coercion. Know what I’m not? I’m not your’s or YOUR brother’s keeper — unless I so choose. Or, unless the government gives me the choice of prison or handing the fruits of my efforts over to you. See, Takers become outraged when Producers talk of free will. Though Takers sincerely wish we Producers would willingly share our hard-earned wealth with ’em, they’ll take it regardless of our free choice to do so.

What outrages Takers more than anything?

It infuriates them when we demonstrate their economic system has, over and over proved to be a gigantic and guaranteed FAIL. But what makes ’em bat^%&# crazy is when we point out that everywhere it’s tried it must be administered by brute force. The other side of that same coin is when it’s shown conclusively that people living in TakerNations will literally risk all, including their own and their loved ones’ lives to escape Taker Economies.

What pushes them over the edge of sanity is when we show that 100% of the time the end game of their escape plan is to live in a ProducerNation. Go figure.

Cubans build barely seaworthy boats to escape their homeland. For many of them, the 90 miles to the Land of the Free might as well be 9 million. Before that, those imprisoned by our aforementioned USSR TakerThugs risked all to get over, under, or around the infamous Berlin Wall.  All they wanted was to be left alone to succeed or fail on their own merits.

Oops! I said another banned word — merit. It has no place in a Taker Economy. It’s existence threatens all that they promote.

Will Americans vote to finish the TakerNation the Takers been erecting since the 1960’s? Or will they wake up and realize they are, well, Americans?

Before you vote, ask yourself: How’s that whole TakerNation thing been workin’ out for ya lately?