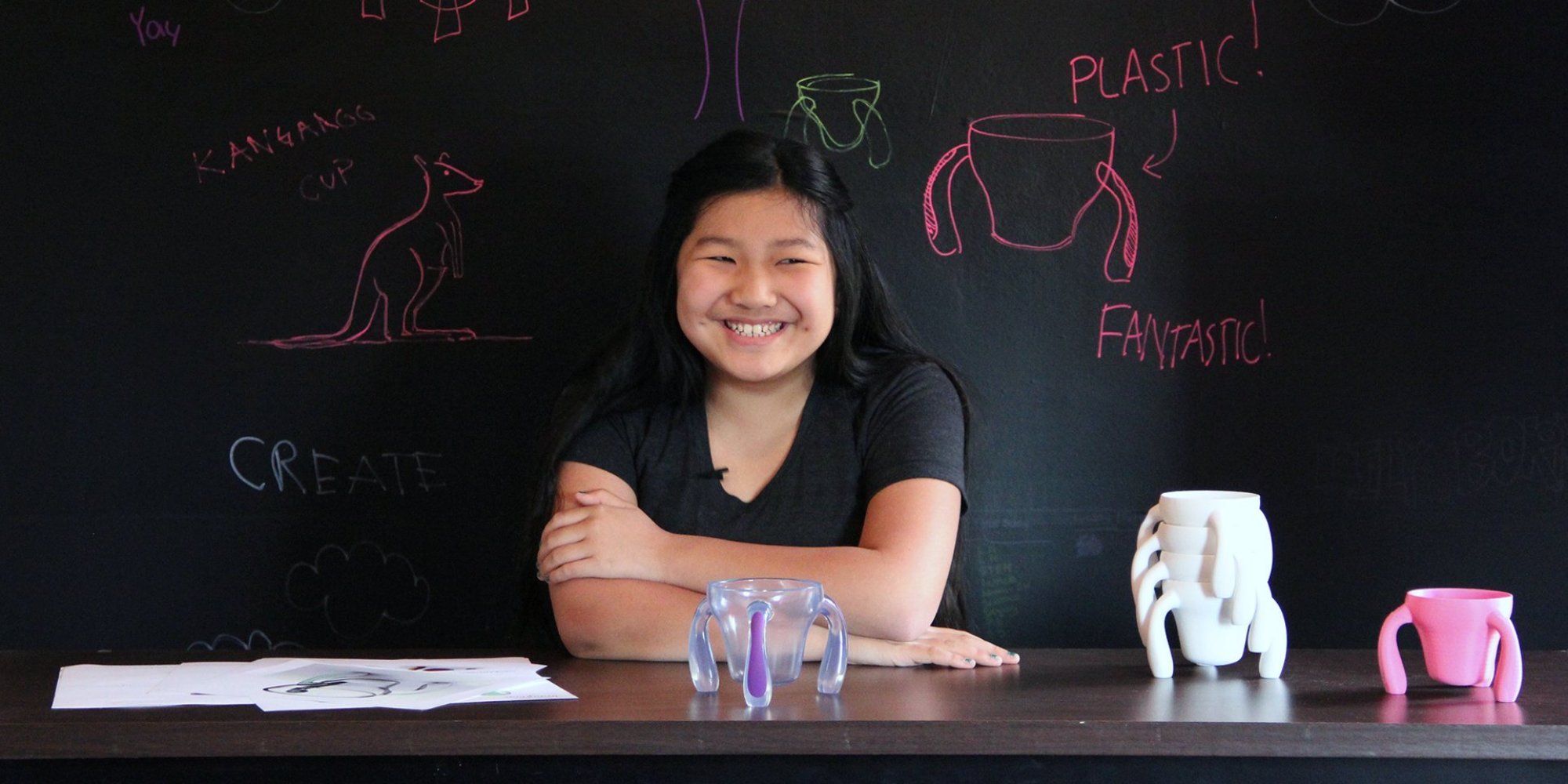 This is a story about an adorable child who did a great thing. That being the case, some trigger warnings:

Get some Kleenex
Check the immediate area for people who may be unsympathetic to ugly crying at your computer.
Prepare epic slow clap GIFs now.

Lily Born has a grandfather she loves to pieces. Her grandfather suffers from Parkinson’s Disease. You’re probably familiar with it. Short version: it sucks.

Long version: it really sucks, it’s a degenerative nerve disorder in which – incredible oversimplification – the patient’s brain slowly loses control of their body, starting at the extremities and working inward.

The classic symptom is tremor, uncontrollable shaking of the hands, feet and head. Cures and treatment are both in the works, but seriously, it’s just awful. Some of the biggest brains in the world are working on a cure, but diseases of the nervous system are infamously difficult. In the meantime, living with Parkinson’s is brutal, and care is tragically difficult, because seriously: how do you help somebody use their own body?

Apparently, the trick is to be Lily Roo. Lily Roo was eight years old when she took on her grandpa’s Parkinson’s. Based on the fact that she was eight years old, I confidently expect her to be Queen of Space by forty, because she chalked up a win.

Parkinson’s Disease, which stomps out Nobel Laureates and chews up research money like candy, had nothing on eight year old Lily.

She thought up a cup. This cup, in fact. Doesn’t sound like much, does it? Stop. Think. How much of literally everything you do comes down to being able to hold things in your hands? Lily’s Kangaroo Cup isn’t just a vector for tea or Campbell’s, and frankly that would be a big win by itself.

But that cup can be a vector for every small, vital object that is effortless for the able-bodied and a permanent detriment to quality of life for a Parkinson’s sufferer. Cash. Phone. How many things do you use daily that fit in a cup? Because that’s the list of things someone with a severe tremor of the hands can’t get to. Until Lily.

But having an idea when you’re eight does not equal a lifechanging creation. First, she had help. Of course she had help, she was freaking eight. Second, oh my Deity of Choice did she work hard. She and her dad put it into production, which took them through the entrepreneurship process (and to China) to make the perfect ceramic design.

Now, with help from funders, they’re looking to move this quiet gamechanger into inexpensive plastic.

Oh, by the way – the Roos’ company, which they call Imagiroo (literally everything about this story is adorable) also put some of their profits into funding STEM education for young girls, and freely donate their cups to nonprofits all over the world.

That’s how you entrepreneur.

Now if you’ll excuse me, I think I’ve got something in my eye.

In this article:imagiroo, kidpreneur, lily born, parkinsons, The News