It’s a hot summer day (yes, I know that’s hard to imagine right now, but work with me here)…you’re exhausted, dehydrated and dying for a drop of liquid to quench your thirst.

Up ahead, you see a stand with a large sign above it that says, “Quench Your Thirst!” and there’s tons of people around it. On the stand is a large glass pitcher with a bright red liquid inside of it sitting in a bucket of ice. The pitcher is covered with condensation because the liquid and pitcher are ice cold while the outside temperature and humidity rival that of New Orleans in August.

Your eyebrows rise and your eyes get wide. You get a sudden feeling of euphoria. You pick up your step and make a dash directly for the pitcher.

Once you get to the stand, the person behind the stand says, “I normally charge $1.00 per cup, but I’ll give you two cups for the price of one because you look really dehydrated.”

You think, “What a deal!”, as you hand over a dollar and start chugging down the first cup…then the second. You start feeling human again…refreshed, rejuvinated and back to your old self, if not better.

But you get halfway home and something starts to happen…

You start getting cotton mouth. Your euphoria and sugar high start fading. You’re more thirsty now than before. You start crashing because your body has already gone through all the sugar that was in the drink. You debate heading home or turning back around for another glass…or two…or three.

At this point, you have two choices:

What is this wonderful beverage I’m talking about? Many call it “Kool-Aid”. It looks thirst quenching, has a really cool logo, it’s colorful and tastes great.

But it’s good for all the wrong reasons, one of the being that it’s fake. It’s a powder that, once added to boring, tastless water, makes a “wonderful drink”.

So what the heck does “Kool-Aid” have to do with real estate?

Many within the real estate industry – particularly agents and brokers – choose to “drink the Kool-Aid”. They get hooked on a false sense of euphoria, replenishment and comfort offered up by those running the beverage stands want them to. By falling into that trap, they fall into the mold that is the ultimate goal of the beverage stand operators.

And their “Kool-Aid” is more tempting now than in years prior because most agents are dehydrated and thirsty for a deal and money thanks to market conditions. The promises of prosperity and words such as, “do it this way in order to be successful”, resonate loudly within your head.

Deep inside you may feel that things need to change for you, fellow agents and brokers to succeed. But you get sucked into drinking the Kool-Aid being offered up by many around you.

But think twice before you drink the Kool-Aid…

The water and other drinks you have at home will rehydrate you and quench your thirst better than Kool-Aid, no matter how good the Kool-Aid looks or how sweet it may taste. Stick to your guns and your gut. Fight the temptation and the “bow down to me because (insert excuse here)” mentality.

If you’ve already drank some Kool-Aid, it’s ok. All you have to do is put down the glass and don’t pick up another one. You may experience a “sugar crash” of some sort, but you’ll feel better almost immediately. You’ll soon be able to once again act on your own convictions and not be afraid of your own, new, fresh ideas.

Remember…the only constant is change. Without pioneers and those willing to break out of the mold and flee from the cave, we’d still be in the stone age. 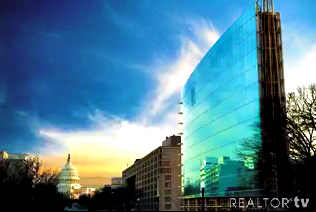