Who Is Generation Y?

According to Dr. Timothy Clark over on Phil Gerbyshak’s Make It Great! Blog:

If you were born between 1980 and 1995, you’re a member of generation Y. At 70 million strong, you’re part of the largest demographic cohort since the Baby Boomers. You are the incumbents to leadership in our society.

I have some insight into what Generation Y is all about because I am a member of GenY and here is my confession… Generation Y is a group of spoiled brats who have parents that coddled them that lends to the GenY sense of entitlement (well, all parents but mine apparently… “you’re not bleeding from your skull, you’re fine- go play”). Any business that can capitalize on my generation’s sense of “I should have it because I’m special and people like me” mentality will surely succeed.

Why Will Redfin Work?

I’ve said before and I’ll say it again- I like Redfin, they are smart. Although Glenn Kelman is “revolutionizing” the real estate industry, he is party of a different generation. Boo! But wait, isn’t every single person who designs clothes, designates what the cool handbag is this season, publishes our trendy magazines and designs our Internet software platforms (Zuckerberg aside)? Yes, but who cares? They tell buyers and sellers that they are already smart and they don’t need a person to tell them they are stupid by advising them of what they can already find on their own via the web (which of course is what GenY feels like when they are advised on anything).

In college, I thought you had to pay a Realtor up front. I’ll admit it. I think many people are stupid like that. I thought that you had to have a really nice car to even meet up with a Realtor and that I had to have a printed file of my life’s financial history before they would even answer the phone and I could never afford a Realtor. I’ll get into why I had that perception in another article, but I assure you I wasn’t alone- my friends thought the same way.

Redfin taps into this ignorance and says, you don’t have to deal with that, you can do the search yourself in your undies without those mean people in your grill. The Redfin philosophy reinforces the belief of GenY that they (we) are entitled to information, even if it is someone’s livelihood- I should get it for free because I’m me. This is the same challenge kids are having as they enter the workforce- why am I not the boss, I deserve it?!?

With the recent Redfin press release, several blogs have picked up on particular points of interest that add to my argument that Redfin is actually designed to appeal to GenY by using hip vernacular like “Redfin’s goal is to delight our audience of hard-core real estate fanatics by offering Freakish Depth on major real estate markets.” Kris Berg noted why this will work, “they, of course, endeavor to make money acting as agents while pretending to be something else – Freakishly hip innovators.” Why is that the successful nature of Redfin? GenY wants to be pumped up, we want to be in the sorority even if it means hazing (or paying out of pocket to see a house I’m not going to buy).

Dalton pontificates that “in some ways, though, the more Redfin moves toward the more traditional model, the lone differentiating factor becomes the rebate. Cool software is a plus but won’t necessarily drive the business since buyers are shopping for homes, not agents (pr in this case brokerages.)” This adds to why Redfin will work- taking something old and make it shiny and new (even if it’s not) is appealing to the generation of innovation. Call it innovative and the perception becomes that it is innovative.

Redfin Just Does It Well

This is nothing against Redfin, kudos to them. Kelman may be GenX, but his designers are GenY, many of his agents are, his clients are and his blog commenters are- smart cookie. Redfin is not the only company that is appealing to Generation Y, they just do it better than most. The timer has already been set for the bomb to go off in every sector of the business world- we’re not talking about commissions here or which “business model” is best, we’re talking about the future of business and how the entire landscape will look in this generation of empowerment… the viral message is already spreading.

The takeaway is this- Generation Y is an indulgent, self-important, ego-centric group with a sense of entitlement and it is extremely unfortunate and I am ashamed. Granted, I’m on the cusp of the GenY group, I still am a card-carrying member (although I feel that the group really begins at 1977, not 1980). As an insider, I can tell you that GenY falls for wants jazzy words and being made to feel special, so all you really have to do to cater to GenY is tell them they’re special, that you’re stupid and they’re not, and give them shiny buttons on your website and offer them $100 at closing as a rebate. Real estate isn’t in trouble, ALL business is. Call me pessimistic, but I AM an insider.

UPDATE: comments are closed on this article but don’t dismay- the follow up article is open for your thoughts!

In this article:Generation Y, Redfin

Home prices remain steady, as inventory remains limited, according to Redfin who notes that this winter, we will see a slowdown in the market. 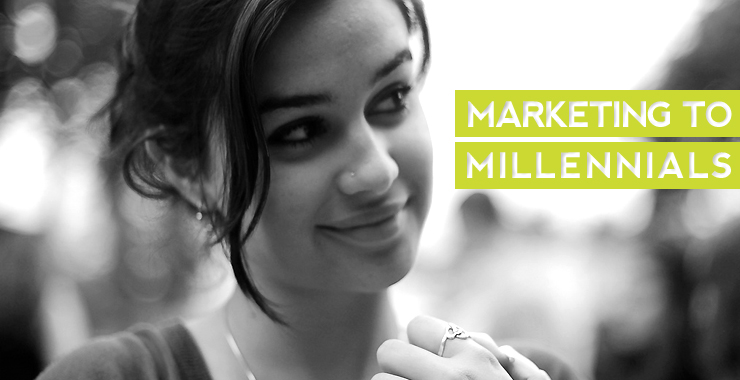 Marketing to Millennials: demystifying a generation

Generation Y is enormous and their buying power is rapidly increasing, leaving marketers scrambling to reach them. The big secret is to treat them...