According to the Redfin Real-Time Price Tracker report based on 19 U.S. markets, national home prices hit a two-year high in August, marking a 4.9 percent gain from August 2011. Redfin notes pricing is steady “during a time of year that typically sees a seasonal decline in prices.”

Although home prices only rose 0.1 percent for the month, Redfin points out a nearly 5 percent increase from the previous August. The number of homes for sale fell 28.5 percent from August 2011 to August 2012, and dropped 4.5 percent since July.

Redfin’s Tracker shows home sales increased 1.4% over last year, but fell 2.5 percent since July, which Redfin notes is a typical decline for this time of year.

The percentage of listings that sold within 14 days of going on the market rose slightly in August to 27.6 percent, from 26.7 percent in July.

What winter has in store for America

Redfin forecasts that home prices will decline a bit this winter as they do every year, but notes that “bearish market observers who predicted that price gains made earlier in 2012 would be entirely erased have been proven wrong so far in the second half of the year.”

“All signs point to continued modest year-over-year price gains through the end of the year, more or less in line with inflation in most markets,” the report continues.

The latest Price Tracker notes that this data is good for sellers, but buyers are struggling with selection, as inventory continues to be limited. The number of homes on the market continues to drop to new lows, falling another 5 percent in August. Across the 19 metro areas surveyed by Redfin, there were over 81,000 fewer homes for sale in August 2012 than in August 2011.

Redfin Real-Time Price Tracker: a monthly report on home prices, sales and inventory across 19 U.S. markets, published weeks before any other index, based on the local databases used directly by real estate agents to list properties and record sales. 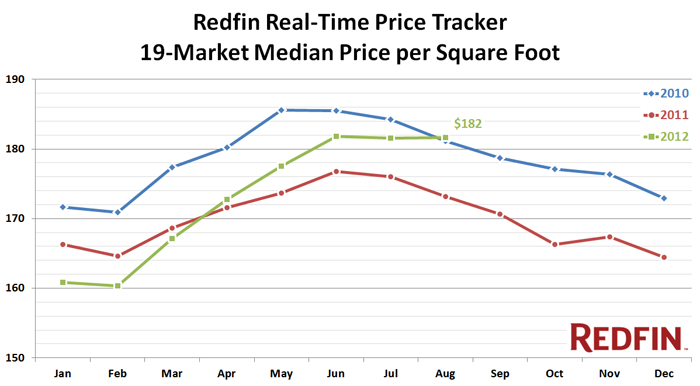 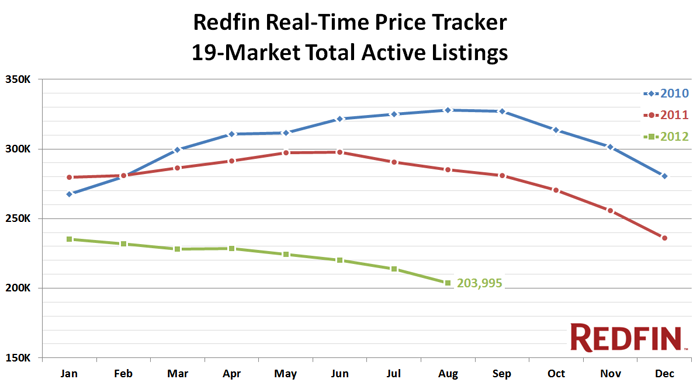 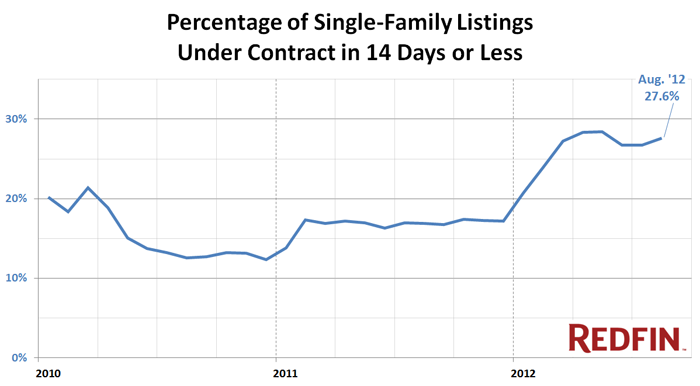 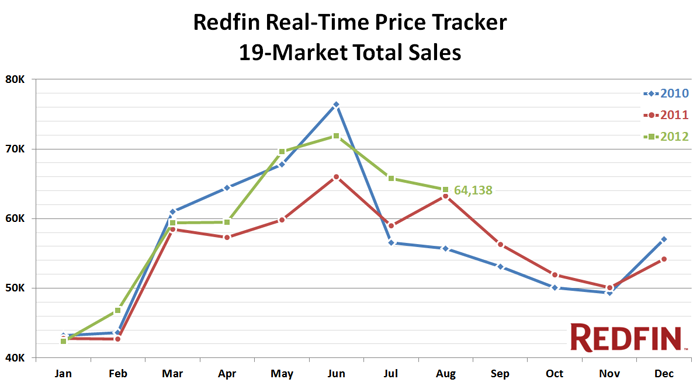