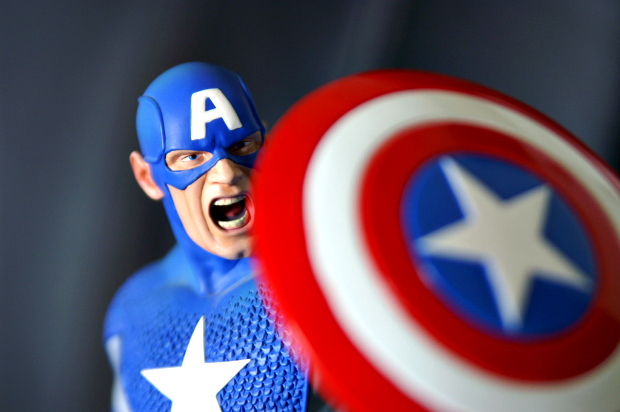 Nearly one of six Americans are now using food stamps. Fully 47% of us don’t pay income tax. We’re taxing the top 1% of income earners — who earn about 20% of the nation’s income — at a rate resulting in that group paying 40% of each year’s personal income tax bill. Meanwhile, those heartily supporting such an inequity, complain loudly, often in a whiny tone, how those same folks still aren’t payin’ their fair share. But that’s not the most alarming factor. It’s the origin — a self-righteous sense of entitlement to others’ hard earned cash.

This year’s coming election will, more likely than not, either strengthen the entitlement crowd, or begin, ever so slowly to turn the tide. In my lifetime we’ve been so damn dumbed down, I suspect it’ll be the former. If I’m correct, and they continue steamrolling their way to a life of complete reliance on government, the disappearance, in one form or another of the producers will begin in earnest. But the constantly erroneous use of the phrase, ‘. . . total reliance on government . . .’, allows them to keep their real benefactors under the radar.

The government doesn’t produce anything. Many of my friends would vehemently disagree, offering examples unfit for these pages. However, what government does, when it comes to money, it two basic things.

1. They take from people and businesses.

2. They distribute it as if it’s theirs.

Ironically, though hardly a shock, most citizens in the entitlement crowd would recoil in horror if asked to agree publicly and unequivocally with the reality that it’s the 53% of us categorized as producers who’re financing the government’s largesse aimed their way. See, when you’re entitled, you’re, well, entitled. You deserve to have your personal cost of living provided by those who work to accomplish the same end.

Back in the day, when the subject of equality came up, it was universally assumed, as a matter of common sense, and rational thought, that ‘equality of opportunity’ was the topic. Over time, this American core value, has been rendered virtually dead.

If you’re a progressive thinker, it’s really all about engineering equal results for all. Many of the unintended consequences of this collective belief system have been hilarious — and it’d be fun and enlightening for readers to contribute their real life examples.

A fork in the road

The direction of our beloved United States will find itself at a fork in the road this coming November. As a nation, we must, once and for all, decide the crucial issue of our times.

Are we a people who’ve shed blood and given lives for over two centuries for the equality of opportunity for all? Or are we destined to follow the path to destruction taken by collectivist nations like the USSR, who tried, stupidly, vainly, to ensure universal equality of results.

As we ready ourselves to vote this fall, we all need to look inside ourselves, with the naked brutality of pure honesty, and decide if it’s universal opportunity we cherish, or universally equal results.