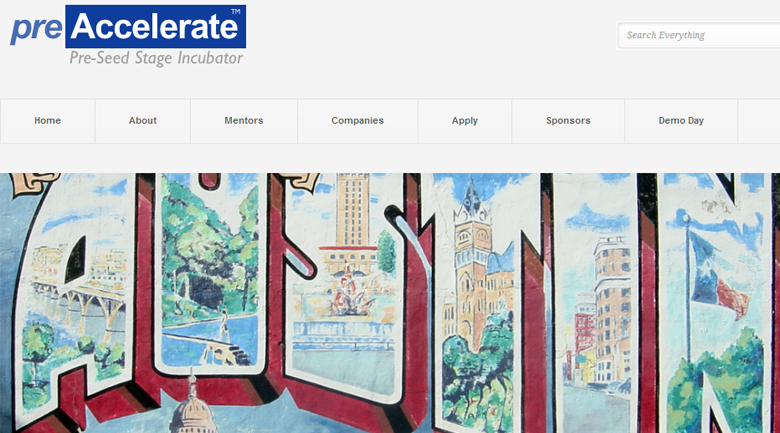 For entrepreneurs that want to prepare for advanced incubators and accelerators or just want to launch their idea into a real company, the PreAccelerate program has launched in Austin to help those entrepreneurs build a plan and acquire the skills to get to the next level. There are a lot of programs we have featured here that focus on companies seeking funding or have fleshed out their idea, but the market for accelerating super early stage ideas is sparse.

PreAccelerate Co-Founder Tina Cannon said the program was inspired by her company, Napkin Venture’s Free Friday Brainstorm sessions which Cannon said is constantly filled with entrepreneurs with an idea unclear about next steps. “We felt that for those entrepreneurs there were not as many accelerator type resources,” she said. “Most ended up tossing the idea or at best heading to a local small business resource center which may or may not be what they needed still. So, we set in motion to create a place where ideas could be molded into companies, PreAccelerate.”

While advanced incubator programs are increasingly more niche-oriented, accepting only retail or only app developers, and so on, PreAccelerate says their “slate is open,” as applications are open to really any type of entrepreneur from software, apps, consumer packaged products to brick and mortar.

Cannon asserted, “If it is an idea that needs polish and finish out so to speak, then that is what we are here for. Ideas that are not ready for a larger incubator or not ready for bank financing… still in the flushing out business model and wrapping structure around the concept, that is the type of companies we are looking for.”

One class under their belt, one more to go

The program has already had their first class of four entrepreneurs/companies graduate, with two turning out of the class that are up and running – MomComLife.com and Edmosphere.net. Cannon said that in the program, entrepreneurs will build out their models, identify their markets and go to market strategies, finalize their entities, start a beta, and get users. After PreAccelerate, participants take all that data and early users and either bootstrap or chase seed funding.

Because the program is based in Austin, they say there is no shortage of mentors. They’ve put out a call for mentors for the second class of PreAccelerate and are now sorting through responses. “We are looking for mentors who just love the ideation and early early stage ventures,” Cannon added.

Their first Demo Day for the first class of participants went well, according to Cannon, as they partnered with Tech Ranch and had Christopher Clayton as the keynote. All four companies presented to a crowd of investors, press and entrepreneurs. Cannon said, “We were thrilled with the progress of the entrepreneurs and of the fact that they had a short time frame to develop a company, flush out the details of a pitch deck, rehearse and kill it on Demo Day.”

When asked what surprises they’ve encountered so far, Cannon said, “Lucky to report no surprises. That in itself may be the biggest surprise. I half expected us to trip over every operational thing but we were blessed with great sponsors, partners, applicants and mentors so it really went off without a hitch. Fingers crossed I didn’t just jinx the next one!”