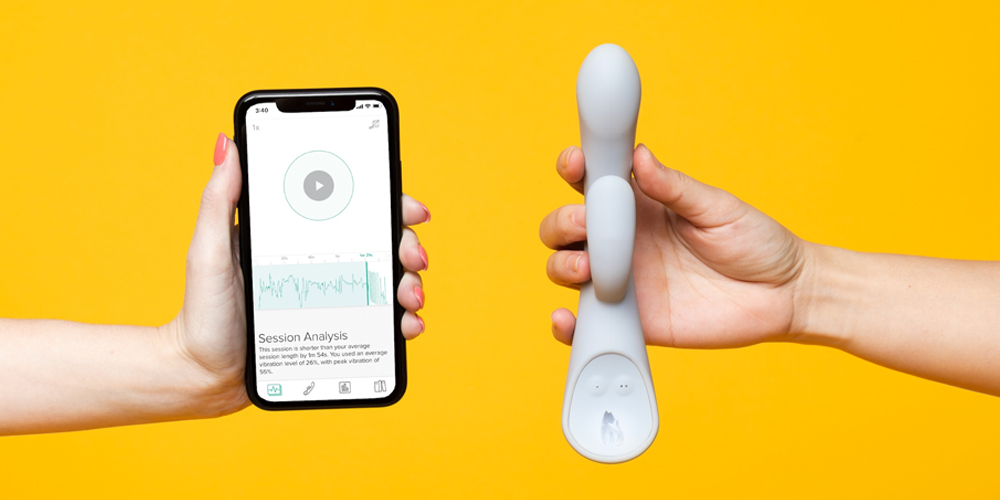 Klinger has always had an interest in sex. After a brief stint in investment banking, she began selling sex toys at various “parties” where, she describes, someone would always come up to her after the presentation and ask her in-depth questions that she had no idea how to answer. At least I’m not the only one obsessed with this stuff, she remembers thinking.

The idea for Lioness came from AI – sex toys can be hard to use, complicated, or just plain intimidating. So, what if there was a toy that adjusted you and what your body wanted?

After a bit of prototyping and collecting feedback, it was clear to Klinger what her users wanted: Data. People wanted to see what their bodies did and use that data to better understand themselves.

Last year, the company launched a research platform where users can choose to participate in medical or scientific studies, as well as ask those questions we all have about sex. Additionally, the Lioness site provides many “Sex Guides” for users; the thorough, no-nonsense sex-ed we wish we had growing up. This is Klinger’s dream come to life.

More recently, Lioness is launching “(S)explore” – a premium version of their existing Sex Guides to tackle the less popular, more personal questions users have. This feature is set to launch on Black Friday.

When asked about how COVID-19 has impacted her business, Klinger was happy to tell me that Lioness and other ecommerce companies in the field are going strong, largely unaffected by the nation’s stunted market. If there was ever a time to experiment with pleasure, it’s during lock down, right?

Unfortunately, many other brick and mortar sex shops, like the ones Klinger got her start doing sales for, are suffering during this time – much of the adult market didn’t qualify for PPP loans.

I know I’m not alone when I say that I love seeing women like Klinger fighting the good fight by paving the largely untouched way in SexTech. Lioness is radical in the sense that it takes something so internal and pleasure-based (and, unfortunately, overlooked) as the female orgasm and externalizes it. By using data and tech, Lioness, in a way, validates an experience that is so foreign to so many of us.

There’s a reason there are a million and one fertility trackers, but Lioness is the first of its kind.

When I asked for her words of wisdom as CEO in SexTech, Klinger told me:

“If you’re a woman, or someone who isn’t the typical start up person, it’s important to focus on your customers first, above all. You’ll get all this different advice and feedback from investors and people in the industry but at the end of the day you have to focus on your customers and what need are you fulfilling for them. If you focus on that, no matter how difficult the business side of it will be, that is how you will stay afloat.”

It seems like 2021 will be a big, exciting year for Lioness. I’d also like to add that the potential uses of the Lioness technology outside of recreational pleasure are endless – I just can’t wait to see what they come up with next.

In this article:App, entrepreneur, lioness, sextech, startup, The News