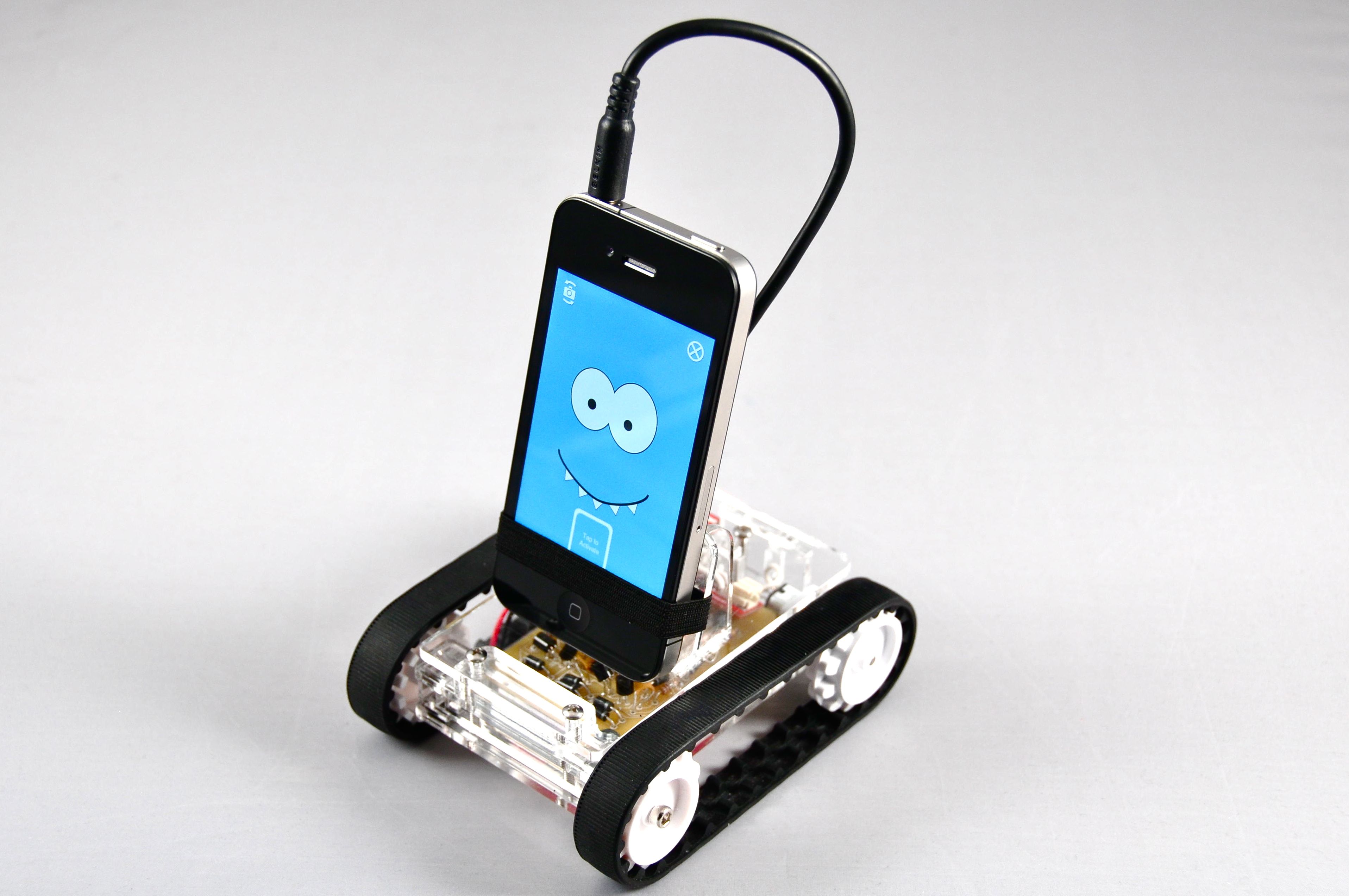 As demonstrated above, Romotive, founded by Peter Seid and Phu Nguyen was seeking funding on Kickstarter.com in the amount of $32,000 to get their product launched, and the prototype was so wildly popular, that they have exceeded their funding goals by nearly 360 percent, promising a Romo robot to anyone who pledges at least $78 via Kickstarter.

The robot base simply cradles a smartphone, it comes fully charged and ready to use, users simply download the available apps from the iTunes store and they’re off.

“We’re starting with smartphones (iOS and Android) because the app ecosystem and SDK for these mobile devices allow for amazing things to be built for robots and will allow you to download new capabilities for your robot in the future,” the company says.

According to Romotive, Romo’s software will downloadable though the iTunes app store and Android Market. Since Romo is a “true” robot, he’s infinitely programmable, and can be made to do just about anything. However, at first Romo will come with the following applications:

RomoRemote: Turn Romo into an awesome spy robot. Ever wished you can be in two places at once or spy on someone? You can do that with Romo. You can see where Romo is going via the smartphone camera and send audio “shout-outs.”

Romo Kart: Race against your friends in a mixed-reality version of the classic Mario Kart game. You can send digital attacks and have your friend’s robot spin out of control. You can also disable their power, deflect bombs, and reverse their controls as you race towards the finish line!

Drag and Drop Programming Module: You can program Romo right on your smartphone and watch him execute your commands. Features of the drag and drop programming app includes: movement, conditional statements, loops, and reference to other functions.