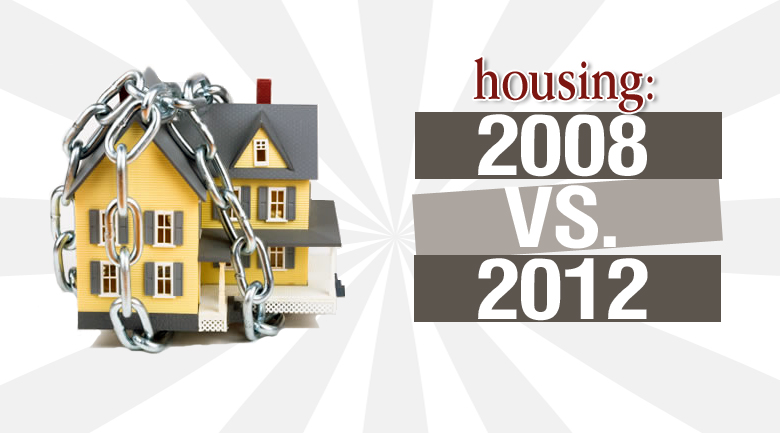 According to RealtyTrac, 65 percent of housing markets they study are worse off than they were four years ago. The company analyzed 919 counties in the U.S., measuring five key metrics, resulting in the discovery that most continue to suffer from higher foreclosure inventories, foreclosure starts, distressed sales, falling average home prices, and unemployment.

This report is key, in part because a select few national real estate economic indicators show a national trend toward improvement, showing yet again that the road to real estate recovery is a long one, and while housing may have found its bottom, many markets are still suffering, which conflicts with national averages in some cases.

Of the counties studied, 580 showed results in three of the five metrics as being worse off when compared to 2008 levels. Only 315, or 35%, of the counties had three of five housing metrics with improved performance over four years time.

“The U.S. housing market has shown strong signs of life in recent months, but many local markets continue to struggle with high levels of negative equity as the result of home prices that are well off their peaks. In addition, persistently high unemployment rates are hobbling a robust real estate recovery in most areas,” Daren Blomquist, Vice President of RealtyTrac said in a statement.

Blomquist added, “While the worst of the foreclosure problem is in the rearview mirror for a narrow majority of counties, others are still working through rising levels of foreclosure activity, inventory and distressed sales as they continue to clear the wreckage left behind by a bursting housing bubble.”

In addition to the news that more housing markets are worse off than better off, most counties studied saw lower home prices and higher unemployment rates. More than half have smaller foreclosure inventories and fewer foreclosure starts than in 2008, while distressed properties make up a reduced portion of overall residential sales when compared to four years ago.