June Home Price Index is up 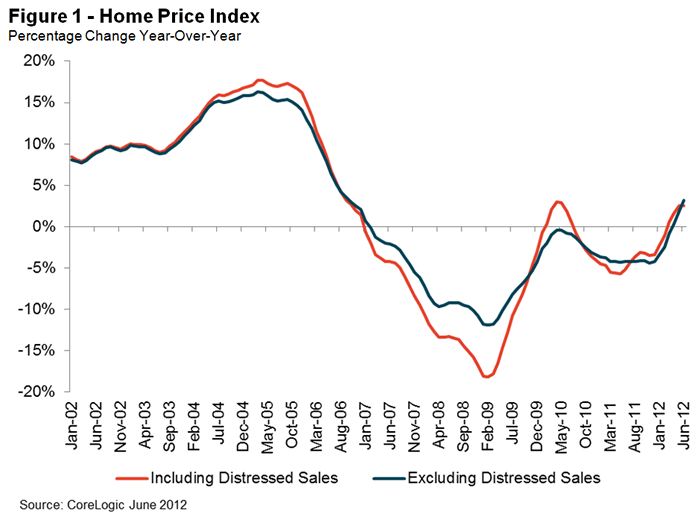 “Home prices are responding positively to reductions in both visible and shadow inventory over the past year,” said Dr. Mark Fleming, chief economist for CoreLogic. “This trend is a bright spot because the decline in shadow inventory translates to fewer distressed sales, which helps sustain price appreciation.”

“At the halfway point, 2012 is increasingly looking like the year that the residential housing market may have turned the corner,” said Anand Nallathambi, president and CEO of CoreLogic. “While first-half gains have given way to second-half declines over the past three years, we see encouraging signs that modest price gains are supportable across the country in the second-half of 2012.” 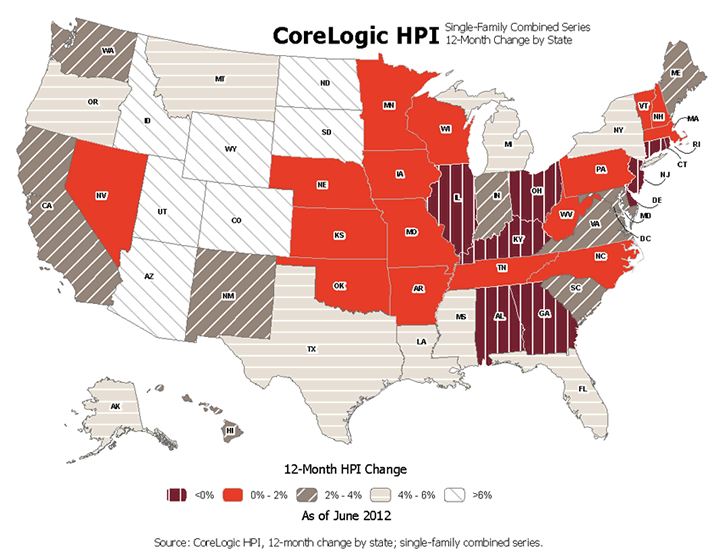 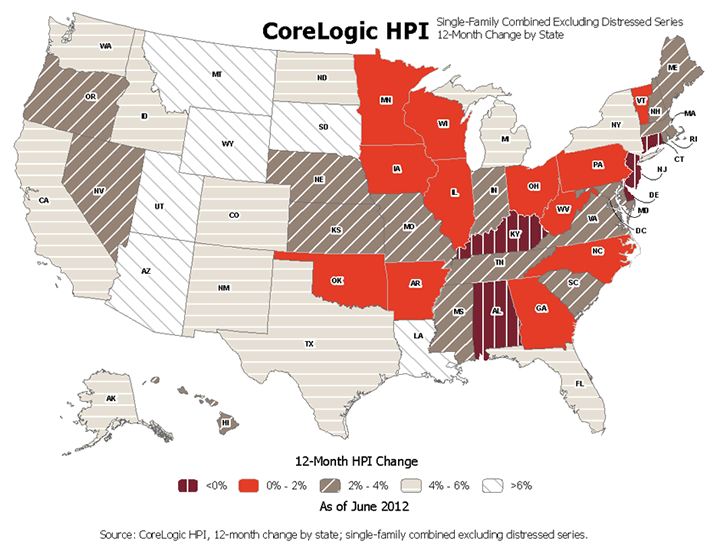 CoreLogic reports that of the top 100 Core Based Statistical Areas (CBSAs) measured by population, 27 are showing year-over-year declines in June, five fewer than in May. 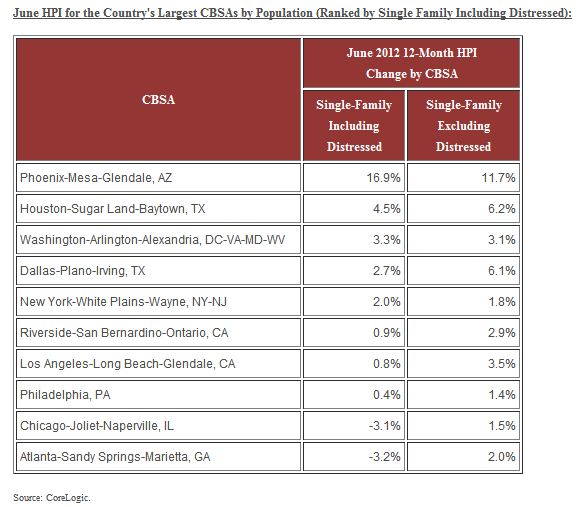