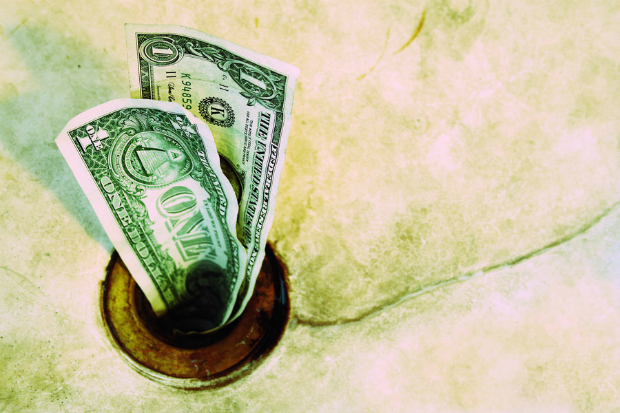 Last week we reported that Freddie Mac requested $6 billion in additional federal aid after third quarter losses of $4.4 billion, just one day after it was revealed that combined with Fannie Mae, the government sponsored entity granted nearly $13 million in bonuses to executives, citing they had marginally met an internal goal of modifying loans.

Now, Fannie Mae has outdone Freddie Mac by posting a third quarter loss of $5.1 billion and requesting an additional $7.8 billion from the Treasury Department. The pace of losses is accelerating rapidly as a year ago, quarterly losses were $1.3 billion, then $2.9 billion in the second quarter of this year, now they are reporting $5.1 billion in losses.

As with Freddie Mac, the mortgage giant is being hit hard by delinquent payments and because interest rates are so low and mortgages are finally being refinanced at the low rates, money isn’t flooding in quite like it used to.

These bailouts are nearing the $200 billion mark…

Fannie Mae’s bailout alone, including the $7.8 billion request, will total $112.6 billion and according to BusinessWeek, the total bill “will require an annualized dividend payment to the government of $11.3 billion, more than the company has ever earned in annual net income.” Freddie Mac’s total bailout will be $72.2 billion if their $6 billion request is granted.

In the last three years, including these new requests Fannie and Freddie will have received $184.4 billion in bailout money from the government (taxpayers) and new estimates (although down from last year’s estimates) say that another $51 billion may be required to keep the two companies on life support just through 2014 which is among the many reasons, the call to dissolve the agencies is getting louder.