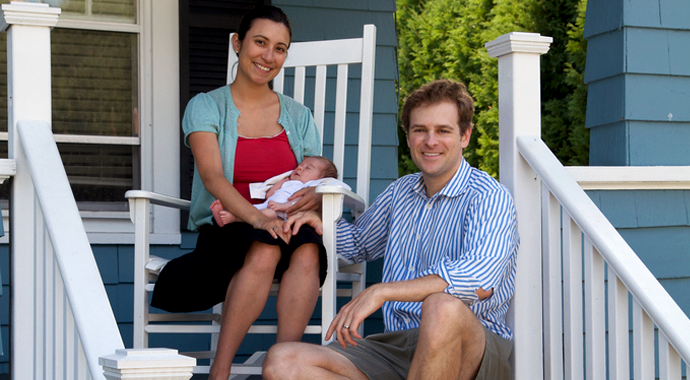 Consumer sentiment leading up to the housing crash

In the years prior to 2004, the housing market was experiencing an upswing and flooded with buyers  – some looking to purchase a home because it was the right time for them, others because they were incorrectly led to believe now was the time that they could afford a home, and others because houses were providing a good return on investment. When the bubble burst, it left many people confused and researchers wondered why buyers were so optimistic to buy homes during this time period in the first place.

A paper recently published by The National Bureau of Economic Research points to buyer expectations and how they led to the housing boom and crash.

A 25 year study on housing

Researchers analyzed surveys collected over a 25 year period from respondents in Boston, Alameda, Orange, and Milwaukee. The report shows home buyers were overly optimistic about long-term home price appreciation resulting in estimates that were often over-inflated  In the short-term, buyers had relatively conservative estimates for year-to-year changes in home prices.

But when it came to long-term, 10-year expectations, buyers’ estimates skyrocketed as survey respondents projected to receive a more than 10 percent return per year in comparison to mortgage rates, contributing to the boom and subsequent decline. From 2009-2010 there was a slight rebound in the market as media outlets gave a good amount of coverage to the home buyer tax credit.

This positively affected home buyer expectations and purchases began to increase again as many buyers wanted to take advantage of the credit before it was too late. However in 2010 the market crashed again resulting in a drop in prices.

The housing bubble versus today

The big housing bubble in 2004 and subsequent iterations in following years seems to happen because buyers thought they were making sound investments that would boast strong returns in relation to mortgage rates. Any volatility was overlooked in buyers’ long-term projections because in the past, the market always performed well. Those in the market to buy a house today or in the next few years have a bleaker outlook for profitability.

Results from a July 2012 Pulsenomics survey show the average annual U.S. home price appreciation expectations for 2012-2016 was only 1.95 percent per year. Buyers have learned from the crisis and are more thoughtful in their forecasting and purchasing. Buying a house will always have benefits that aren’t afforded by renting, but buyers no longer expect to buy a home and receive as much long-term ROI as the market allowed in years past.