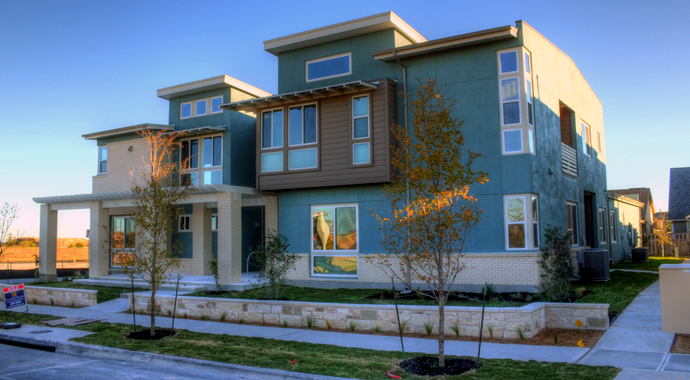 National home prices, including distressed sales, declined on a year-over-year basis by 3.1 percent in January 2012 and by 1.0 percent compared to December 2011, the sixth consecutive monthly decline, according to the CoreLogic January Home Price Index (HPI) report.

“Although home price declines are slowly improving and not far from the bottom, home prices are down to nearly the same levels as 10 years ago,” said Dr. Mark Fleming, chief economist for CoreLogic. 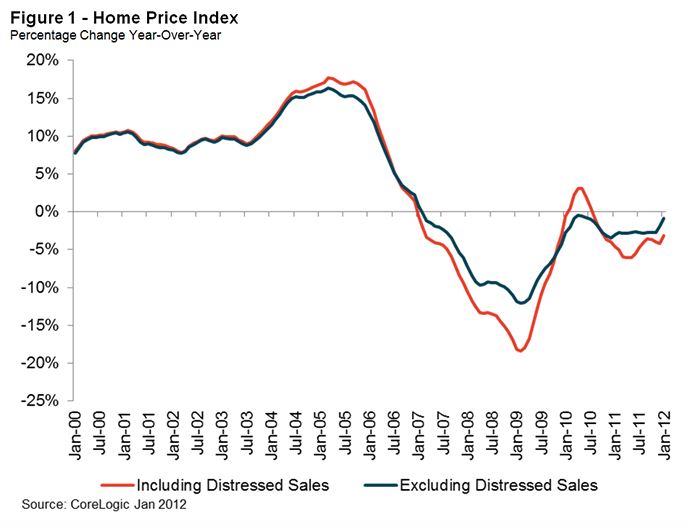 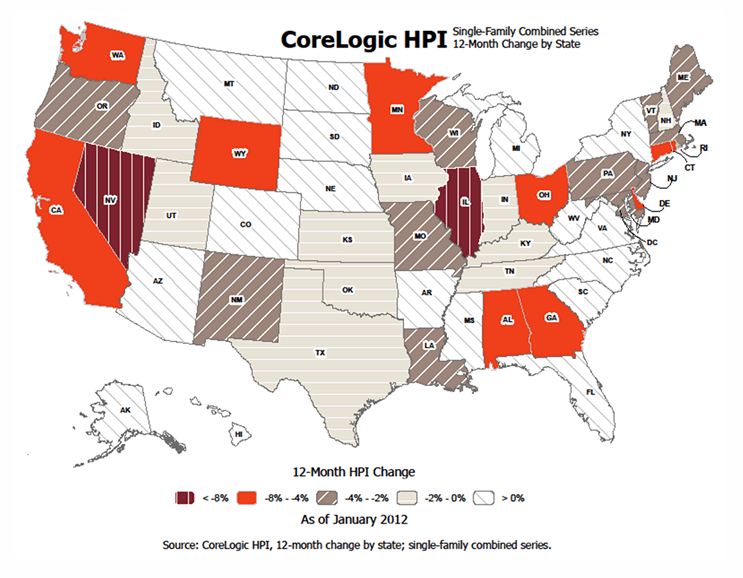 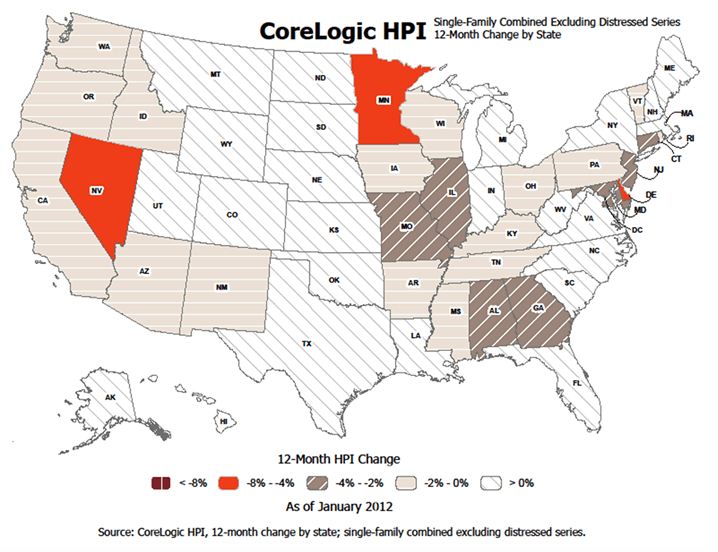 Of the top 100 Core Based Statistical Areas (CBSAs) measured by population, 71 are showing year-over-year declines in January, eight fewer than in December.