Lender Processing Services’ Home Price Index out today reports that home prices drop 0.8 percent in October from September and down 2.7 percent over the year, falling to late 2002 levels and say another 0.5 percent drop is likely for their November reporting of 13,500 zip codes the company tracks.

The national average home price for homes sold in October was $200,000, representing the fifth consecutive price decrease, in line with housing reports from The National Association of Realtors, CoreLogic and Zillow which point to distressed homes that sell for a discount as the driving factor in falling prices. Since home prices peaked in June 2006, values have dropped nearly a third.

Price changes were relatively consistent across all price points and in most metropolitan statistical areas (MSAs). The LPS HPI notes price declines in almost all MSAs the company tracks while price increases, although slight, were concentrated exclusively in Florida, Michigan and Arizona with Phoenix being the top performing MSA.

Prices dropped the most dramatically in Atlanta, down 21.8 percent while the largest increase was seen in Detroit, up 9.6 percent above January 2011 levels. 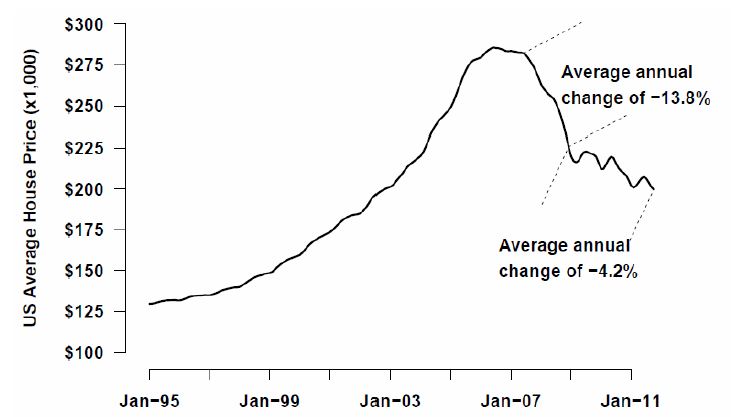 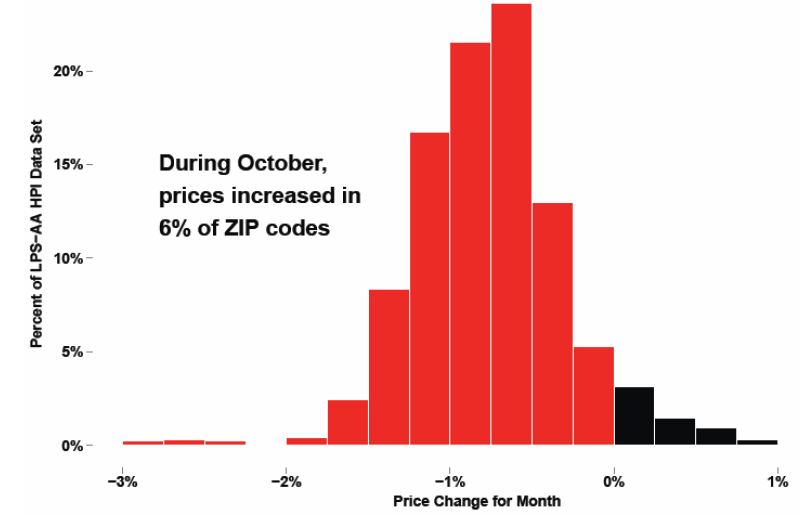