Housing on the right path

According to new data from the Federal Housing Finance Agency (FHFA), home prices rose for a sixth consecutive month in August, increasing 0.7 percent, marking a 4.7 percent annual increase over August 2011 levels, which is the largest year over year jump in six years.

According to the FHFA, their data is created by analyzing “the purchase prices of houses with mortgages owned or guaranteed by Fannie Mae or Freddie Mac to calculate the monthly index,” making it a reliable indicator, but not necessarily a complete picture, despite Fannie and Freddie guaranteeing or owning the majority of American mortgages.

Historically low mortgage rates helped to boost home purchases and refinancing, as the Federal Reserve’s new bond purchase plan brought down fixed mortgage rates back to almost record lows, and while some housing economic indicators have improved, housing activity remains well below historical standards and continues to show signs of only slight growth for the remainder of the year, according to a recent Fannie Mae report. 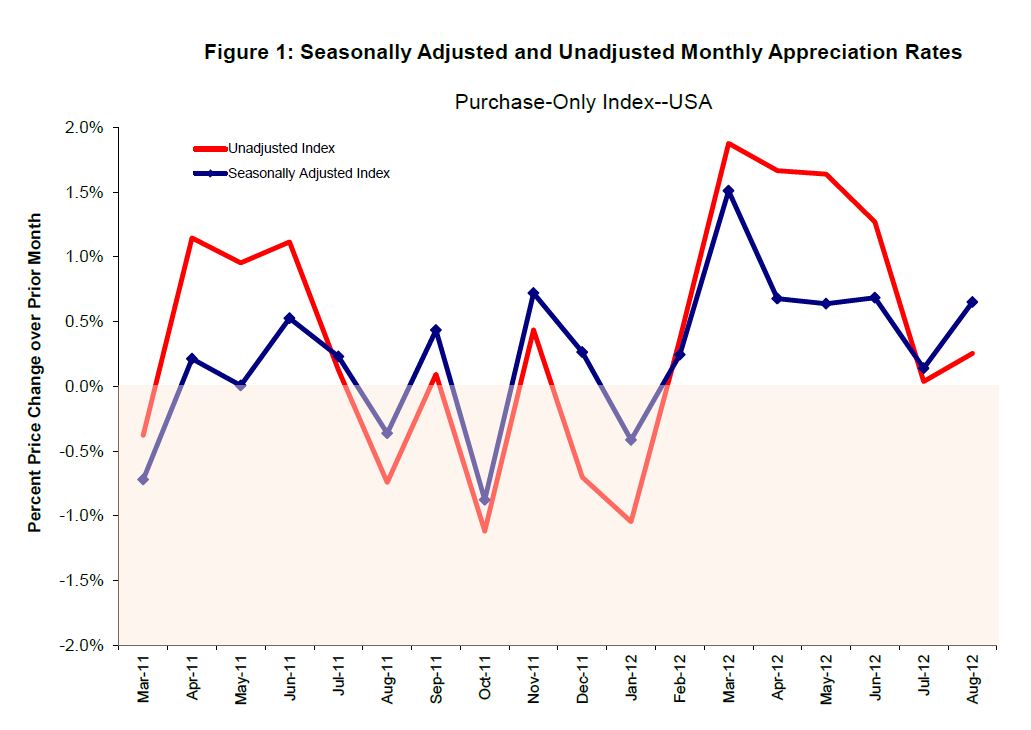 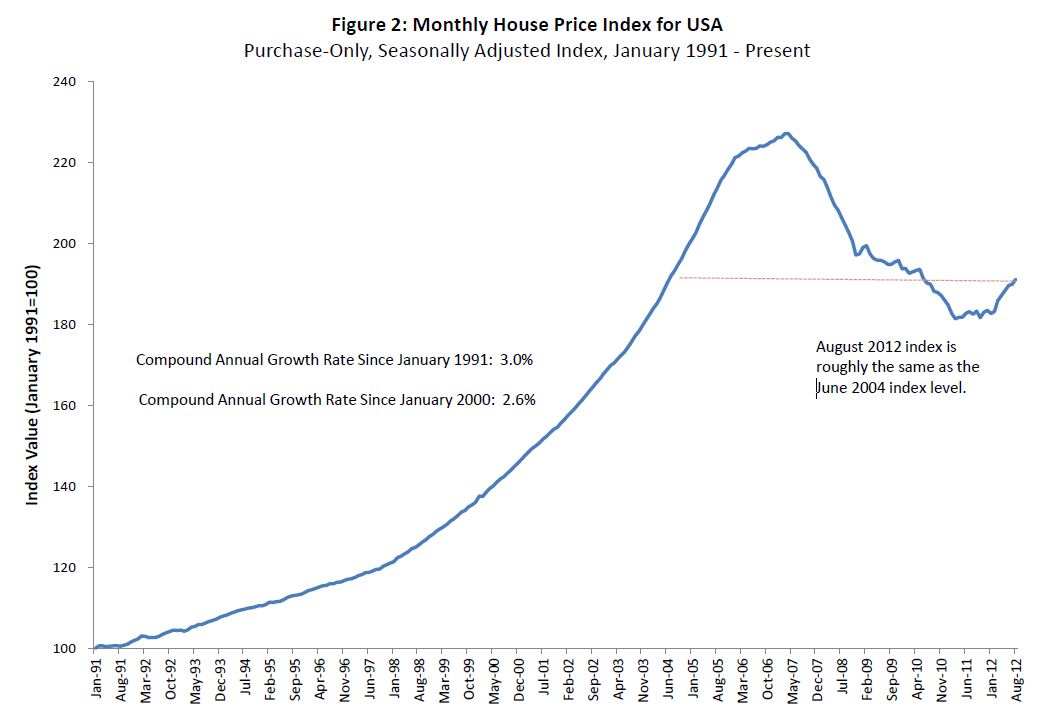 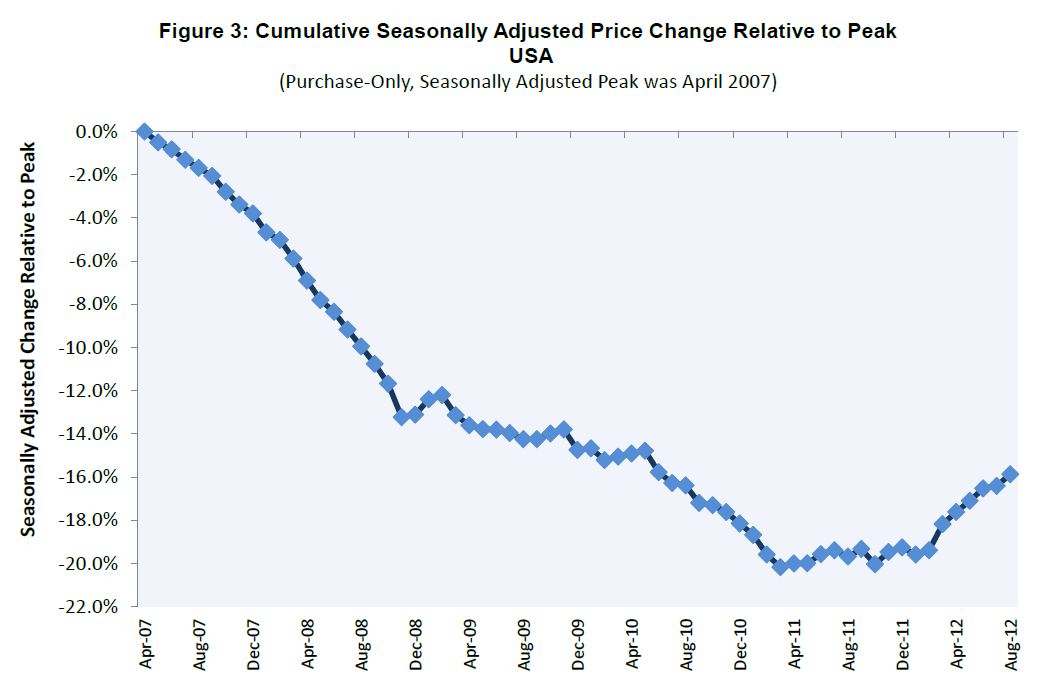 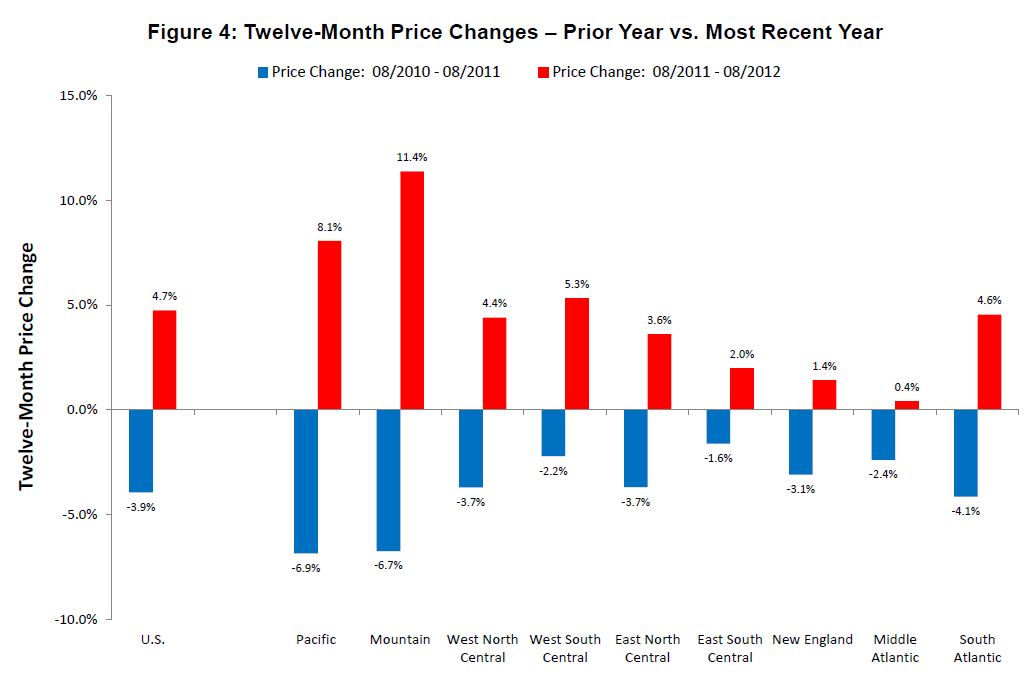