According to the Federal Housing Finance Agency’s (FHFA’s) monthly House Price Index (HPI), home prices rose 0.8 percent between March and April, on a seasonally adjusted basis. Previously, the FHFA had reported a 1.8 percent price increase in March, which has been revised to a 1.6 percent increase. Over the last year, home prices have risen 3.0 percent, the Agency reports.

The results were better than what was forecasted, as economists surveyed by Dow Jones Newswires had only expected a 0.4 percent monthly increase.

The U.S. index is down 17.6 percent from its April 2007 peak and is now roughly the same as the April 2004 index level. Today, the National Association of Realtors reported that in May, home prices rose, and sales are slowed slightly by tight supply levels.

According to Freddie Mac, the national average commitment rate for a 30-year, conventional, fixed-rate mortgage declined to a record low 3.80 percent in May from 3.91 percent in April; the rate was 4.64 percent in May 2011; recordkeeping began in 1971.

Meanwhile, banks are looking to alternatives to foreclosures that continue to punish home values, as seen in the reduced number of seizures, falling 18 percent between May 2011 and May 2012, according to RealtyTrac.

Call it a comeback?

Speaking to May’s data (one month ahead of FHFA data), the National Association of Realtors’ Chief Economist, Dr. Lawrence Yun said, “The recovery is occurring despite excessively tight credit conditions and higher downpayment requirements, which are negating the impact of record high affordability conditions.”

The FHFA monthly index is calculated using purchase prices of houses backing mortgages that have been sold to or guaranteed by Fannie Mae or Freddie Mac. For the nine census divisions, seasonally adjusted monthly price changes from March to April ranged from -1.2 percent in the New England division to +2.2 percent in the Pacific division. 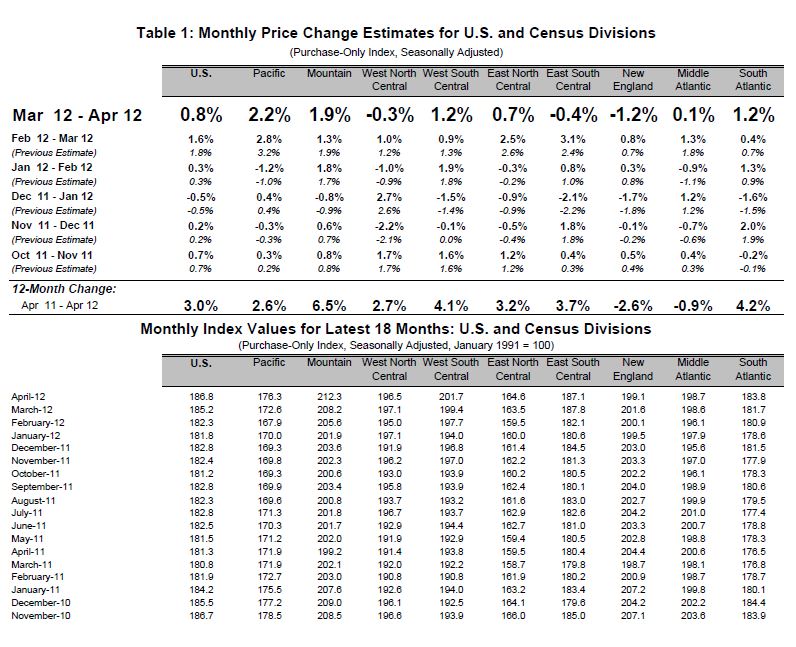 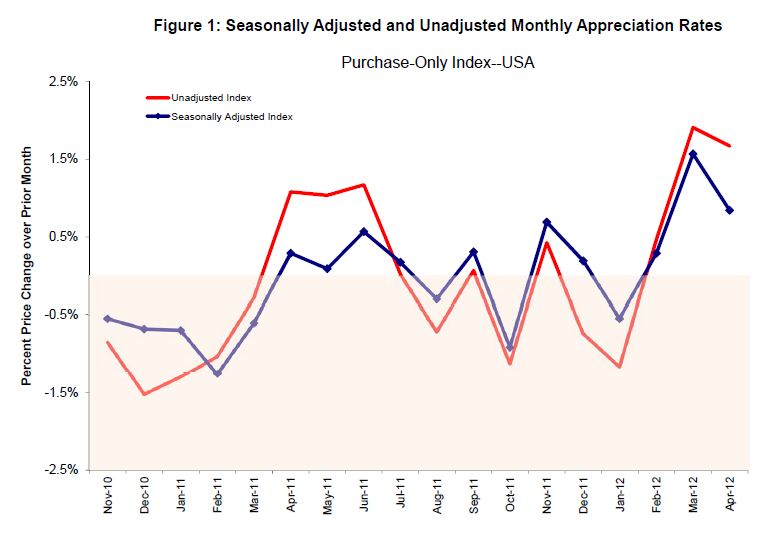 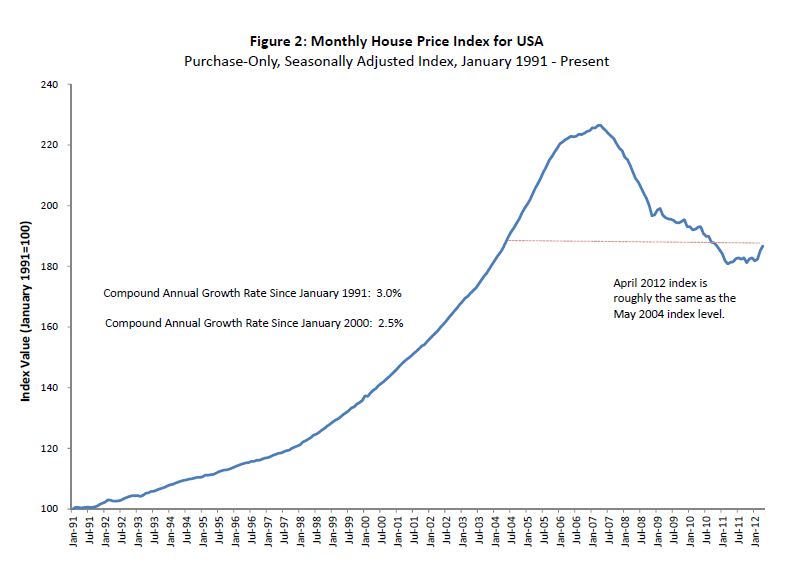 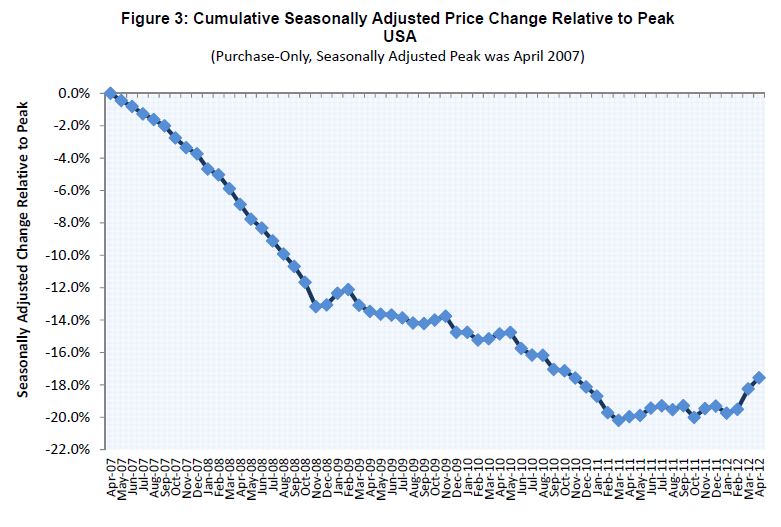 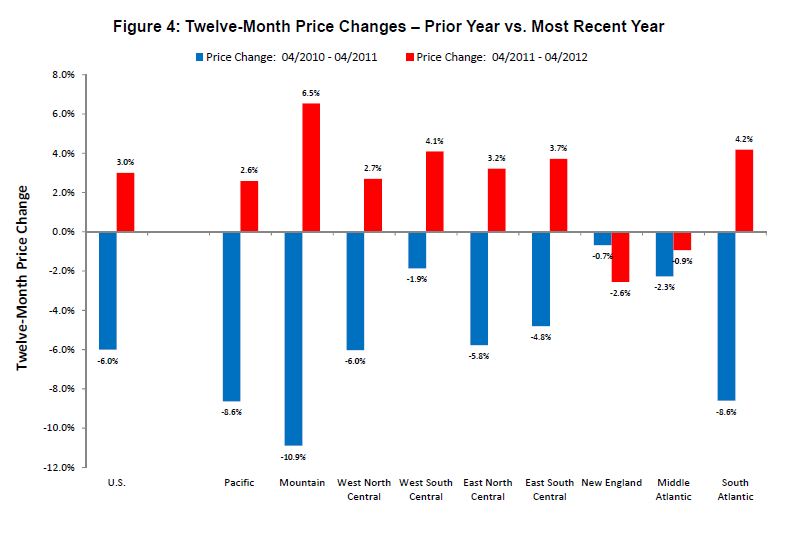