The S&P indicates that home prices are improving faster now, with 19 cities’ prices rising faster in the 12 months to November than in the 12 months to October. Of particular note, Phoenix led with the fastest price increase, up 22.8 percent in 12 months as it posted its seventh consecutive month of double-digit annual returns. Regional patterns are shifting, as the Southwest and Southeast are “staging a strong comeback,” and while California is doing well, the northeast and industrial Midwest are lagging as the sunbelt, “which bore the brunt of the housing collapse,” is back on top.

“The November monthly figures were stronger than October, with 10 cities seeing rising prices versus seven the month before.” says David M. Blitzer, Chairman of the Index Committee at S&P Dow Jones Indices. “Phoenix and San Francisco were both up 1.4% in November followed by Minneapolis up 1.0%. On the down side, Chicago was again amongst the weakest with a drop of 1.3% for November.”

Housing now contributing to the economy

Blitzer added, “Winter is usually a weak period for housing which explains why we now see about half the cities with falling month-to-month prices compared to 20 out of 20 seeing rising prices last summer. The better annual price changes also point to seasonal weakness rather than a reversal in the housing market. Further evidence that the weakness is seasonal is seen in the seasonally adjusted figures: only New York saw prices fall on a seasonally adjusted basis while Cleveland was flat.”

While the road to a full recovery is long, and economists agree that the housing market is clearly only half way back to normal, improving values is one of the best recovery signs for housing. 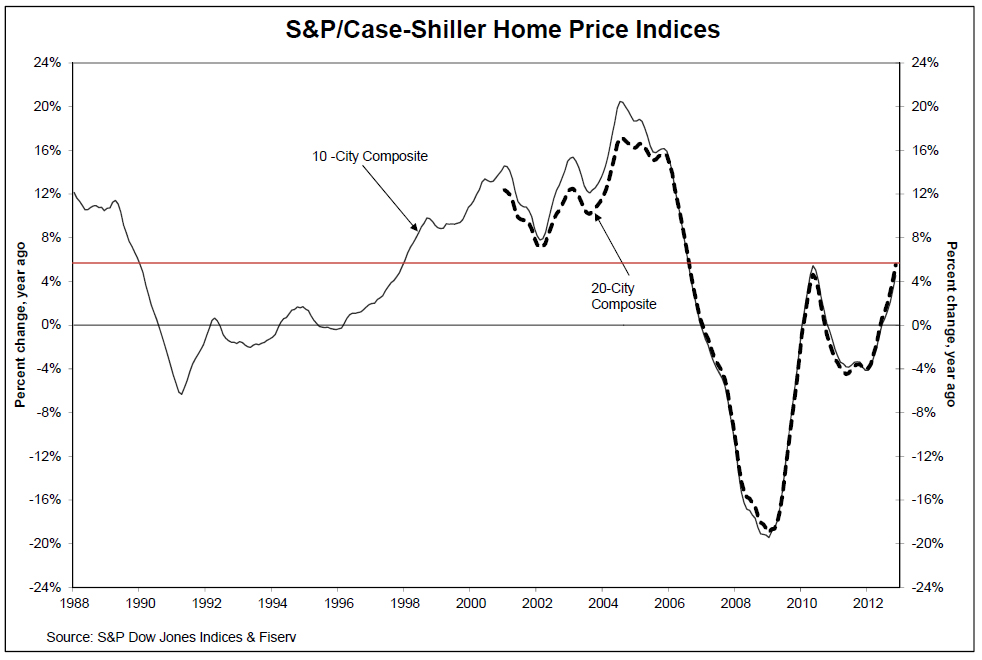