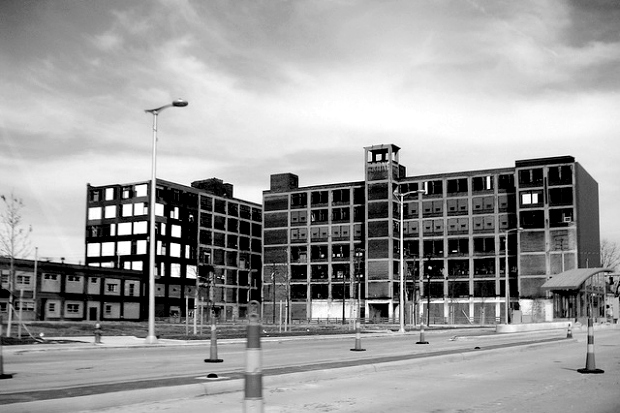 Cleveland, my hometown*, is in the news again, thanks to 60 Minutes. We aren’t usually known for awe-inspiring events here. Dennis Kucinich, former mayor, and current Congressman had to declare the city bankrupt in 1976, as the Cuyahoga River caught on fire in the summer of 1969. Pro athletes leave town as if they are on fire as soon as their contracts are over. We have had any number of sports horrors which will haunt us forever like The Decision, The 1997 World Series, The Drive, The Shot, The Fumble, The Browns decamping to Baltimore, most recently The McCoy Rule – there are more, but these are a few that have actually happened in my lifetime and physically hurt to write. There have been massive job losses, layoffs, employers leaving, and a huge decline in the population. Sub-prime loans, mortgage fraud, and the economy have gutted entire sections of town. One of our (old, outdated) unfortunate nicknames, The Mistake by the Lake is (was) kind of apt.

Maybe CBS didn’t get the memo, but we here in Cleveland, and many surrounding areas, have been dealing with the housing crisis since at least 2005, long before much of the country even knew what a housing crisis even was.  Not that it was particularly offensive or anything, but calling the segment “There Goes the Neighborhood” made it seem as though this destruction we have felt for many years is somehow recent or even news. For a lot of these places, the people who left got the hell out of Dodge a while ago – it wasn’t last month, or even last year.

60 Minutes missed the mark when they came to Cleveland. You can buy not just a street, but entire parts of town for about $20,000. A single house that perhaps was worth $60,000 in 1995 is now, on a good day, worth $17,000 in great condition. There are high property taxes. Homes which have been to sheriff sale three, or even four times over. Houses that have siding, plumbing, all mechanicals, windows, even hardware stripped out. Many homes have become a haven for criminal activity. That is what the foreclosure catastrophe did here.

How Cleveland is overcoming the crisis

What really wasn’t mentioned are the things going on to potentially fix the whole mess and maybe make the situation better. Cleveland specifically has busted, prosecuted, and put away hundreds of individuals involved in mortgage fraud. Yes. We do this here. Mayor Jackson also attempted to go after banks for predatory lending- he failed, but it was a meaningful attempt. City Council is in the process of passing legislation to hold owners accountable for demolition costs, as well as making it a crime for out-of-state companies to buy houses in bulk and skip registering with the state.

The Cuyahoga County Land Bank offers quite a few possibilities, for example, they purchase blight properties and can demolish, rehab, or resell them. The Land Bank is also going to be offering homes to refugees, according to The Plain Dealer. Also, Reclaimed Cleveland is a furnishing shop who will upcycle and repurpose items left in a home set to be demolished. They have beds, tables, chairs, accessories, as well as custom work. How about that?

Not many preventative measures were in place to stop the foreclosure crisis from happening, but in Cleveland, we are working hard to correct the problem. The Mistake by the Lake? Hardly. The North Coast is so much more awesome.

*My actual hometown cannot even be found with a hound dog, 3 maps, and a GPS, it’s easier to just say that I’m originally from Cleveland.