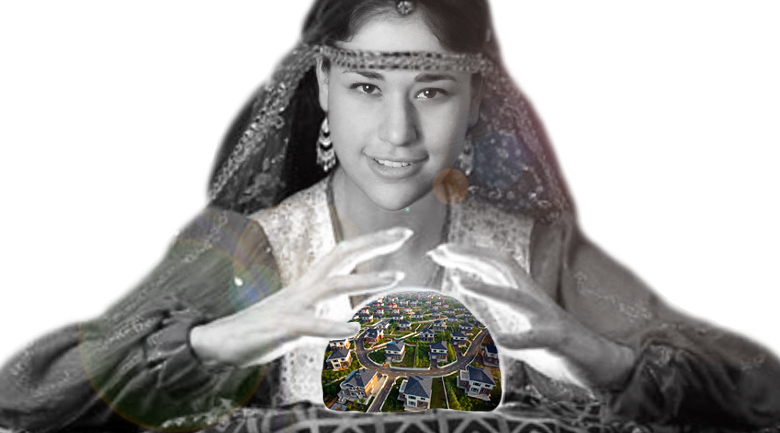 When will housing recover?

As we saw leading up The Great Recession, and throughout its devastation, economists, professionals, and lay people alike had strong opinions as to when housing would hit rock bottom, but most are now putting their effort behind calling the recovery, as it appears housing has recently found its bottom. Keep in mind that when a “recovery” is suggested as pending, it is not only a long road to get there, many people do not understand that “recovery” simply means getting back to where the sector was before it crashed, not necessarily to its peak far prior to the crash.

At the 2012 Realtors’ Conference and Expo, Dr. Lawrence Yun, the Chief Economist at the National Association of Realtors said that the housing market recovery should “continue through coming years” unless (yes, unless) the nation falls off of the “fiscal cliff,” and assuming that there are no further limitations on the availability of mortgage credit. Dr. Yun pointed to improving existing and new home sales and housing starts as all seeing “notable gains this year in contrast with suppressed activity in the previous four years, and all of the major home price measures are showing sustained increases.”

“Disruption from Sandy likely will be temporary, notably in New Jersey and New York, but the market is likely to pick up speed within a few months with the need to build new homes in damaged areas,” Dr. Yun added.

A real estate recovery relies upon more than just Realtors pounding the pavement for sales, and more than mortgage brokers financing deals – the recovery relies on our federal government and other economic indicators that affect housing.

Dr. Yun says he sees no threatening signs for inflation in 2013, but projects it to be in the range of four to six percent by 2015. “The huge federal budget deficit is likely to push up borrowing costs and raise inflation well above 2 percent.”

Mortgage interest rates are forecast to gradually rise and to average 4.0 percent next year, and 4.6 percent in 2014 from the inflationary pressure.

With rising demand and an ongoing decline in housing inventory, Dr. Yun expects “meaningfully higher home prices.” The national median existing-home price should rise 6.0 percent to $176,100 for all of 2012, and increase another 5.1 percent next year to $185,200; comparable gains are seen in 2014.

“Real estate will be a hedge against inflation, with values rising 15 percent cumulatively over the next three years, also meaning there will be fewer upside-down home owners,” Dr. Yun said. “Today is a perfect opportunity for moderate-income renters to become successful home owners, but stringent mortgage credit conditions are holding them back.”

“The growth in new construction sounds very impressive, and it does mark a genuine recovery, but it must be kept in mind that the anticipated volume remains below long-term underlying demand,” Dr. Yun said. “Unless building activity returns to normal levels in the next couple years, housing shortages could cause home prices to accelerate, and the movement of home prices will be closely tied to the level of housing starts.”

“Home sales and construction activity depend on steady job growth, which we are seeing, but thus far we’ve only regained half of the jobs lost during the recession,” Dr. Yun added.

GDP and unemployment in 2013

Dr. Yun projects growth in Gross Domestic Product to be 2.1 percent this year and 2.5 percent in 2013. The unemployment rate is showing slow, steady progress and is expected to decline to about 7.6 percent around the end of 2013.

“Of course these projections assume Congress will largely avoid the ‘fiscal cliff’ scenario,” Dr. Yun said. “While we’re hopeful that something can be accomplished, the alternative would be a likely recession, so automatic spending cuts and tax increases need to be addressed quickly.”

Regardless, Dr. Yun said that four years from now there will be an even greater disparity in wealth distribution. “People who purchased homes at low prices in the past couple years, including many investors, can expect healthy growth in home equity over the next four years, while renters who were unable to get into the market will be in a weaker position because they are unable to accumulate wealth,” he said. “Not only will renters miss out on the price gains, but they’ll also face rents rising at faster rates.”

Mark Vitner, managing director and senior economist at Wells Fargo said during the NAR Conference that the fiscal cliff is the biggest situation that needs to be addressed. “Beyond concerns about the fiscal cliff, the economic improvement seems to be broadening,” he said.

“Housing will strengthen in 2013 even if the economy weakens because there is a demand for more construction, and the demand for apartments is rising at a faster rate than the need for more single-family homes,” Vitner forecast. “Unfortunately, apartment construction is focused on about 15 submarkets, so additions to supply will be uneven.

Even with declining market shares of foreclosures and short sales, Vitner said they will continue. “Distressed homes right now are like an after-Christmas sale – most of the best stuff has been picked over, but make no mistake they’ll be with us for a while.”