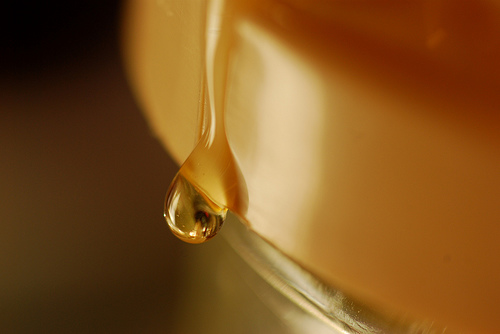 Colorado homeowner, Debbie Hill recently noted a leak coming from her foundation. When purchased, the home had sat vacant for an extended period of time and the inspection didn’t reveal any issues with the foundation.

She called a repairman and together, they realized the leak was not water, but honey leaking from the foundation and in the walls of the home as a bee colony of 60,000 was established in the home. The summer temperatures caused the honey to melt and has since caused a major mess.

The homeowner is currently being assisted by a local bee guru, but notes he can only assist pro bono to a certain extent and is seeking aide from others willing to help.

There is no word as to whether or not the homeowner has any bee allergies, but we would speculate that due to her calm demeanor, it is unlikely.

Real estate practitioners and inspectors are well groomed to look out for known issues of homes for sale, especially after remaining vacant, but amber leaking from the foundation probably isn’t at the top of the list.