According to the National Association of Realtors (NAR), home buyers from outside of the United States spend an median price of $252,000 per transaction, while the median price tag of those inside of the borders is $165,000, a difference of $87,000, or 35 percent. For Realtors, that represents an average of $2,610 more per transaction when working with an international buyer at 3.0 percent commission.

More than what it means for a Realtor’s bottom line, it is important to note that the real implication of this new data is that international sales are “becoming a key part of the real estate business and will only get more important,” notes the NAR. Not only is the price of homes selected by international buyers higher, but the volume of international buyers entering the market is up, as housing prices have decreased in the States.

International buyers are an attractive market for real estate professionals, as just last year, NAR reports that almost two-thirds of international buyers bought using cash, up from about a third in 2007 – and cash closes much easier than a potentially lengthy financing process.

An emerging trend is that the international sales is not just in Florida, Arizona, and California, where the bulk of buyers is, but the trend lines are moving up for other states. It’s “not just sun and sand,” says the NAR. 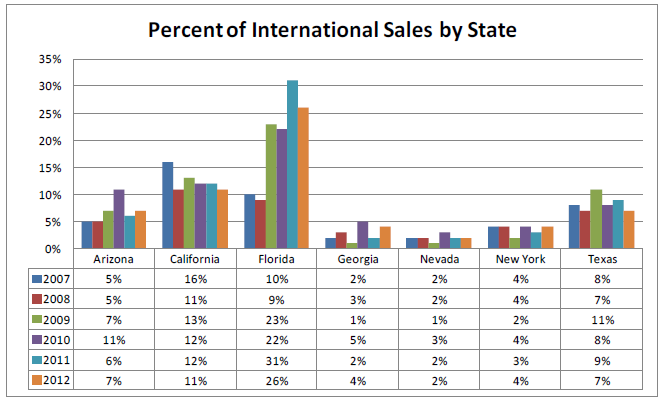 Where do the buyers come from?

For many years, Canada has been a major source of investment in American properties, accounting for 23 percent of all of 2011’s $82 billion in international sales. As mentioned, $82 billion was spent in 2011 by international buyers, up from $66 billion in 2010, representing a 24 percent increase in just one year.

Although continuing to be in the top five origins of international buyers, investment from the UK and Mexico are on the decline, meanwhile, China is increasingly spending more on home purchases in the United States. 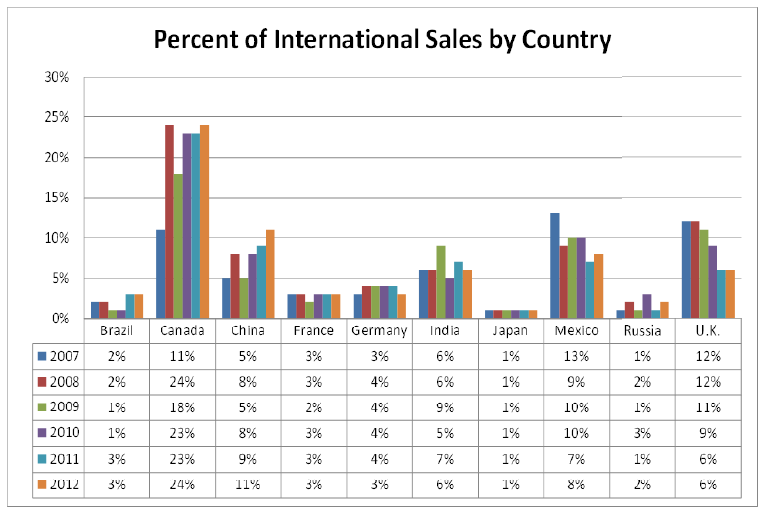 What do the buyers want?

International buyers come to Realtors primarily through referrals (55 percent), followed by online marketing, which accounts for 21 percent of business. We have long encouraged Realtors to blog about housing in other languages they are fluent in besides English, to appeal to the growing international market.

Over one in four Realtors handled at least one international deal last year, and that figure will likely increase in coming years, not just because of the attractive cash deals at higher prices, but because investors from other nations see how low pricing has fallen in the U.S., and we have very long road to recovery ahead of us, making international buyers and our housing situation a perfect match.