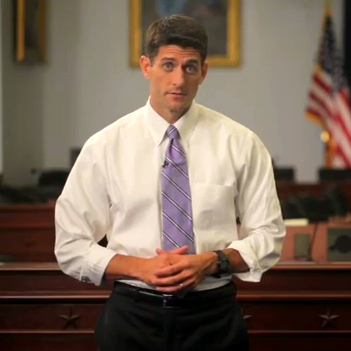 Both sides of the aisle are pushing for reform of the tax system, and Wisconsin Congressman Paul Ryan has put forth his three steps to pro-growth tax reform as explained in the video above. The tax system has long had major loopholes and because each independent real estate professional is a small business, taxes are a major issue to a Realtor’s bottom line, especially in this down market.

America’s economy has been hit really hard. A lot of people have lost their jobs. More borrowing and spending and higher taxes are not going to bring jobs back to America. The last thing we need to be doing is hindering job creation in America with a complicated tax code like the one that we have today.

A tax code should be fair, competitive and simple, and the U.S. tax code fails on all three counts. Here are common-sense ideas we’ve advanced before; ideas that have bipartisan support.

First, we have to make our tax code fair.

It’s full of deductions, credits and special carve-outs – otherwise known as “loopholes” – that let politically-connected companies avoid paying taxes. Every dollar that businesses spend lobbying for a better tax deal, is a dollar they’re not spending on making a better product.

And, since every dollar hidden in a loophole doesn’t get taxed – politicians make up for this lost revenue by increasing overall tax rates. So we need to close these loopholes.

But if we just close loopholes, then our federal corporate tax rate climbs to 35 percent, which is really high. Add in state and local taxes, the rate climbs to 39.2 percent – the second highest tax rate among developed countries.

On top of sending almost 40 cents out of every dollar earned, straight to the government, businesses pay investment taxes, payroll taxes, and a handful of other taxes our government makes job creators pay.

In the 21st century global economy – and when American families need jobs – this approach just doesn’t make any sense.

We need to make our tax code competitive.

The budget we passed in the House of Representatives calls for closing the loopholes and lowering the rates.

Its plan would reduce the corporate tax rate to as low as 26 percent, and to lower the top individual rate that many small businesses pay to as low as 23 percent.

So if we lower tax rates, does that mean the wealthy pay less in taxes? Not if we do it by closing loopholes, because the people who use most of the loopholes are those in the top tax brackets. For all the money that’s parked in these tax loopholes, all that money is taxed at zero. Take away the tax loophole; lower everybody’s tax rates. That money’s now taxed but it’s taxed at a fair more simple, more competitive way so the small business men and women who are out there striving and competing have a better tax rate so they can succeed in this global economy.

All together, individuals and businesses spend over six billion hours and 160 billion dollars, every year, just trying to understand and comply with the tax code.

Let’s simplify the code, not just by closing loopholes, but also by decreasing the number of different tax brackets taxpayers fall in.

Fewer brackets, along with lower individual rates, will make the tax code less complicated, and let more people keep more of the money they earn.

America’s been knocked down before. We’ve had tough recessions before, and we know that the secret to growing jobs and prosperity in America are through the ingenuity and the hard work of our businesses – of our small businesses, of our large businesses, of job creators. We don’t want a tax system that rewards people for coming to Washington and getting special favors. We want a tax system that rewards Americans for hard work, risk taking, entrepreneurship , investment and innovation. These are the kinds of things that have made America great in the past. And these are the kinds of ideas we’re going to need if want to grow our economy in the future and compete in the 21st century global economy.

Note from the Editor: when the Democrats put forth their plan for tax reform, we will publish it.