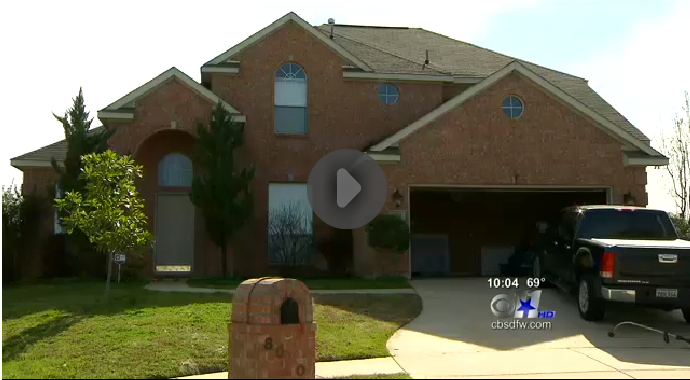 Fort Worth man, David Englett is not alone in receiving a fine from the city on a home that foreclosed years ago, no, across the country, homeowners continue to receive fines for various infractions on homes they lost or gave up to the bank and no longer own. How is this happening?

In Englett’s case, his home was foreclosed upon two years ago and he has not lived there since. He had no idea that he had outstanding warrants for unpaid city fines on the home, but discovered the debacle when he went to renew his commercial driver’s license and found a hold on the license, which is a big problem in his line of work as a truck driver.

The warrants were issued for operating an alarm without a permit, grass not being cut and an old fence. “I didn’t live there, so why would I worry about it the bank foreclosed on it,” Englett told CBS 11. “Even when I lived there we never activated the alarm.”

The man has since paid the fine to remove the hold on his license but says he still owes the City of Arlington hundreds of dollars, despite repeatedly showing proof that he is not the homeowner. He says he cannot understand why he is responsible for maintaining a home that was foreclosed two years ago. “I feel like I’m being punished for something I didn’t do,” said Englett. “It’s really frustrating and costing me a lot of time.”

How does this happen?

The City of Arlington, like many other cities, says that if the title hasn’t changed, what appears to be a former homeowner remains the current homeowner responsible for the property, regardless of whether the bank takes care of transferring the title or not.

Until the title is transferred to a new homeowner, the City will keep the former homeowner as the responsible party, independent of what bank documents are offered as proof of foreclosure.

CBS 11 Legal Expert Jerry Loftin says the city just wants someone to pay the fines. “If it’s foreclosed, it’s not his.” He added, “You have to remember, cities are all about grabbing money from you, I mean they try anyway they can.”