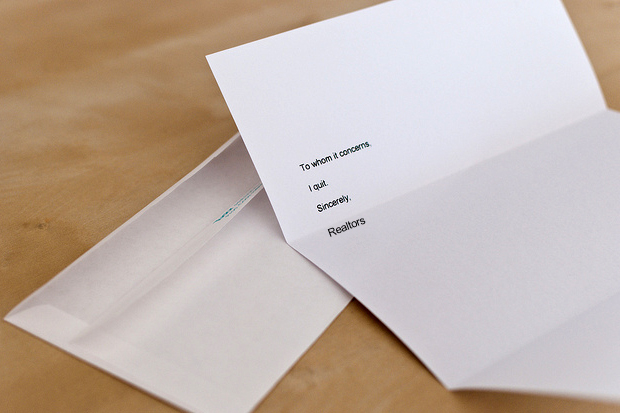 Survival of the fittest

Current real estate professionals will rejoice at the news that Darwin’s theory of survival of the fittest has pushed the National Association of Realtors (NAR) membership levels below the one million mark for the first time since March 2004, down from its peak of 1,369,411 members in August of 2007, just prior to the housing crash. The bubble popped in more ways than one.

The one million mark is more of a symbolic milestone than anything, as the membership slide has been gradual in recent years, not experiencing any massive exodus in a single month.

Some will point to natural attrition while others will match declining housing performance with the declining appeal of struggling as a real estate professional. Some will blame the current administration for failing housing policies that have kept the buyer pool restricted, while others will point to a long road toward the crash that is a natural (albeit exaggerated) economic cycle.

Why NAR is just fine

NAR is in a good position, however, in that dues were increased 50 percent to fund the Realtor Party Political Survival Initiative, and while the trade group will still feel the impact of losing nearly half a million members, it has been a slow decline that the group has been bracing for.

NAR spokesperson Walt Molony told AGBeat, “Monthly membership fluctuates because local dues cycles vary, and outside of the boom years there generally has been a seasonal dip from December to January. We focus on year-end numbers.”

Annual totals for the past decade:

Molony added, “Given that most of our members are in it for the long haul, it would be safe to assume that with rising home sales it would be unlikely to see additional decline. Although we don’t publish membership projections, stabilization is much more likely in the current environment. For example, existing-home sales edged up 1.7 percent in 2011 and are projected to rise 4.5 to 5 percent this year.”

Where did everyone go?

Where did 400,000 people go that are no longer NAR members? Many are no longer Realtors but are still involved in real estate in some capacity, while a considerable number have left the industry altogether, becoming photographers, social media gurus, and tech entrepreneurs. NAR implies what many believe to be true – the thousands that flocked to the industry for what appeared to be easy money have left to pursue other means of easy money as real estate in a down cycle is more difficult to practice, particularly with consumers’ high scrutiny levels and apprehension.

For the remaining Realtors, there will be no love lost, as survival of the fittest means less competition for the survivors.