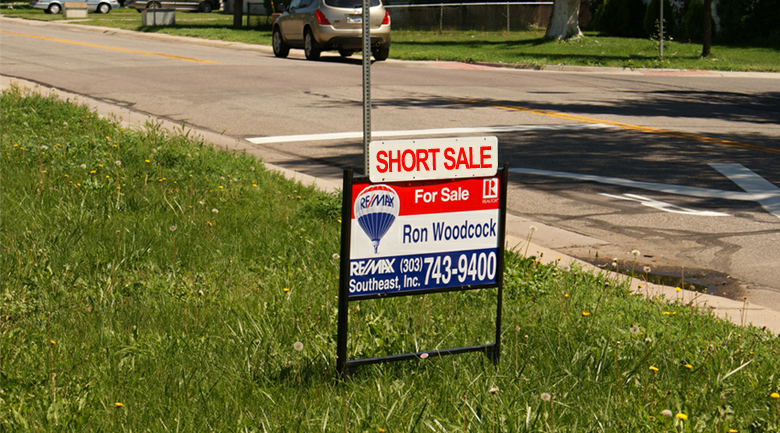 Dr. Lawrence Yun, NAR chief economist, said that inventory shortages are a factor. “Buyer interest remains strong but fewer home listings mean fewer contract signing opportunities. We’ve been seeing a steady decline in the level of housing inventory, which is most pronounced in the lower price ranges popular with first-time buyers and investors.”

According to the Realtors® Confidence Index, the buyer traffic index stood at 60 in June while the seller index was 41, which shows a large imbalance between buyer and seller interest. NAR reports that a value of 50 implies neutral market conditions; the disparity between buyers and sellers began to grow in early spring and has been in a particularly large imbalance for the past two months.

“Any bank-owned properties that have been held back in markets with inventory shortages should be released expeditiously to help meet market demand,” Dr. Yun said. “Housing starts will likely need to double over the next two years to satisfy the pent-up demand for both rentals and ownership.” 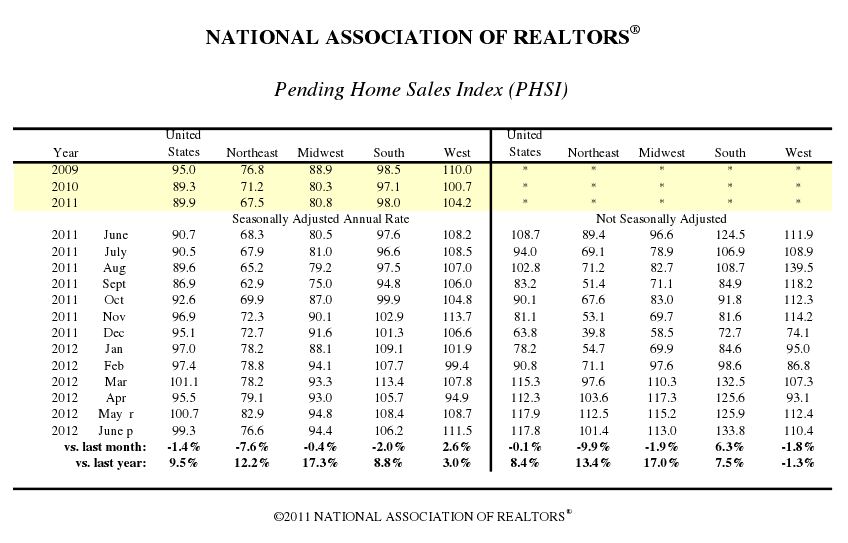 Pending home sales actually rose 2.6 percent in the West for the month, and the index is 3.0 percent higher than June 2011.

“With record low mortgage interest rates, there has been a surge of refinancing on top of a higher level of home purchases, which has been creating delays recently in the closing process,” Dr. Yun said.

“In addition, there have been some delays with recent foreclosure sales as banks take steps to ensure there are no paperwork problems,” Dr. Yun continued. “This is causing an uneven performance in sales closings, which is likely to continue, but we also see notably higher levels of sales activity compared with a relatively flat performance in the preceding four years.”