The NAR reports that the current pending home sales level is at its highest level since April 2010, which was the period in which buyers were rushing to beat the deadline for the expiration of the home buyer tax credit. The trade group says that with the exception of several months affected by tax stimulus, the last time there was a higher reading was in February 2007.

These numbers combine to indicate that closings in coming months could also see improvement compared to previous months and years, and the NAR says the upward momentum could spell an increase of existing home sales in 2013 by 8.0 to 9.0 percent to roughly 5.1 million, following a 10.0 percent total gain expected for all of 2012. 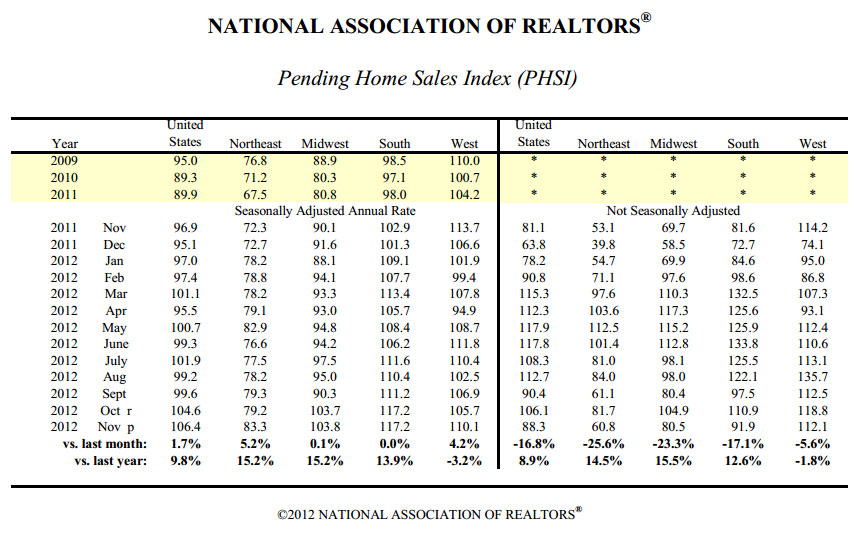 Pending home sales rose 5.2 percent in the Northeast in November, up 15.2 percent compared to November 2011, despite the recent devastation of Superstorm Sandy.

Pending home sales in the South were unchanged, but are 13.9 percent higher than a year ago.

In the West, the index rose 4.2 percent in November, falling 3.2 percent below November 2011. The NAR says the dip in this region is due to inventory constraints limiting sales.