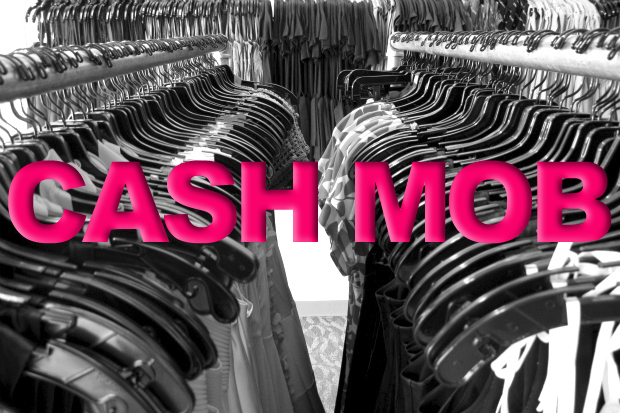 What is a cash mob?

The Occupy Wall Street Movement and 99 Percent Movement have spun off a productive movement called “Cash Mob” wherein organizers play on the flash mob concept of gathering groups of people through the web, but rather than hold up protest signs or dance, the mob pledges to spend at least $20 at a locally owned business that gives back to the community.

They’ve launched in L.A., San Diego, Milwaukee and even Vancouver so far, with more on the way. The Cash Mob website outlines how to set up a Cash Mob and what rules it entails.

How to organize according to the site:

The rules for a Cash Mob:

The Cash Mob movement is a productive use of the energy behind the 99 percent movement and whether you support the parent movement or not, a Cash Mob would be a great event to be organized by a professional marketer, a local Realtor, an insurance agent, or a local non profit that has benefited from a specific local business. It’s a good way to give back, organize people around local business and raise awareness for local businesses.