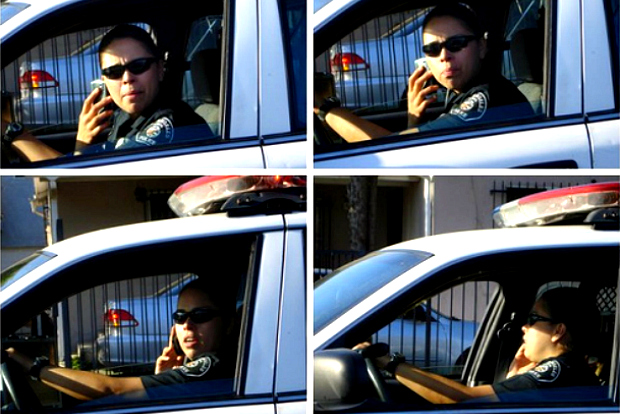 Banning all devices while driving

The National Transportation Safety Board (NTSB) has made the sweeping proclamation that all non-driving-related personal electronic device use should be banned from being used in the driver’s seat, including hands-free use. Because the NTSB is a federal agency, their proposal is more of a recommendation to the states which is where it is enforceable. Many states already have laws banning texting or talking on the phone while operating a moving vehicle.

When asked, the NTSB director was unable to clarify what a “driving-related” use is but outlined the ban is against making calls, sending or reading texts, or even updating Facebook. It remains unclear whether GPS navigation would be allowed or which devices are included, whether this is against cell phones, tablets or any electronic device. It is likely left vague as the NTSB does not have the authority to write state laws or enforce them.

The NTSB points out various studies showing the dangers of distracted driving and notes that hands-free use creates a cognitive distraction that has deadly results. Passengers will still be allowed to operate electronic devices.

“Following today’s Board meeting on the 2010 multi-vehicle highway accident in Gray Summit, Missouri, the National Transportation Safety Board (NTSB) called for the first-ever nationwide ban on driver use of personal electronic devices (PEDs) while operating a motor vehicle.

The safety recommendation specifically calls for the 50 states and the District of Columbia to ban the nonemergency use of portable electronic devices (other than those designed to support the driving task) for all drivers. The safety recommendation also urges use of the NHTSA model of high-visibility enforcement to support these bans and implementation of targeted communication campaigns to inform motorists of the new law and heightened enforcement.

“According to NHTSA, more than 3,000 people lost their lives last year in distraction-related accidents”, said Chairman Deborah A.P. Hersman. “It is time for all of us to stand up for safety by turning off electronic devices when driving.”

On August 5, 2010, on a section of Interstate 44 in Gray Summit, Missouri, a pickup truck ran into the back of a truck-tractor that had slowed due to an active construction zone. The pickup truck, in turn, was struck from behind by a school bus. That school bus was then hit by a second school bus that had been following. As a result, two people died and 38 others were injured.

The NTSB’s investigation revealed that the pickup driver sent and received 11 text messages in the 11 minutes preceding the accident. The last text was received moments before the pickup struck the truck-tractor.

The Missouri accident is the most recent distraction accident the NTSB has investigated. However, the first investigation involving distraction from a wireless electronic device occurred in 2002, when a novice driver, distracted by a conversation on her cell phone, veered off the roadway in Largo, Maryland, crossed the median, flipped the car over, and killed five people.

Since then, the NTSB has seen the deadliness of distraction across all modes of transportation.

In 2004, an experienced motorcoach driver, distracted on his hands-free cell phone, failed to move to the center lane and struck the underside of an arched stone bridge on the George Washington Parkway in Alexandria, Virginia. Eleven of the 27 high school students were injured;
In the 2008 collision of a commuter train with a freight train in Chatsworth, California, the commuter train engineer, who had a history of using his cell phone for personal communications while on duty, ran a red signal while texting. That train collided head on with a freight train – killing 25 and injuring dozens;
In 2009, two airline pilots were out of radio communication with air traffic control for more than an hour because they were distracted by their personal laptops. They overflew their destination by more than 100 miles, only realizing their error when a flight attendant inquired about preparing for arrival.
In Philadelphia in 2010, a barge being towed by a tugboat ran over an amphibious “duck” boat in the Delaware River, killing two Hungarian tourists. The tugboat mate failed to maintain a proper lookout due to repeated use of a cell-phone and laptop computer;
In 2010, near Munfordville, Kentucky, a truck-tractor in combination with a 53-foot-long trailer, left its lane, crossed the median and collided with a 15-passenger van. The truck driver failed to maintain control of his vehicle because he was distracted by use of his cell-phone. The accident resulted in 11 fatalities
In the last two decades, there has been exponential growth in the use of cell-phone and personal electronic devices. Globally, there are 5.3 billion mobile phone subscribers or 77 percent of the world population. In the United States, that percentage is even higher – it exceeds 100 percent.

Further, a Virginia Tech Transportation Institute study of commercial drivers found that a safety-critical event is 163 times more likely if a driver is texting, e-mailing, or accessing the Internet.

“The data is clear; the time to act is now. How many more lives will be lost before we, as a society, change our attitudes about the deadliness of distractions?” Hersman said.”

In this article:smartphones, Technology, texting