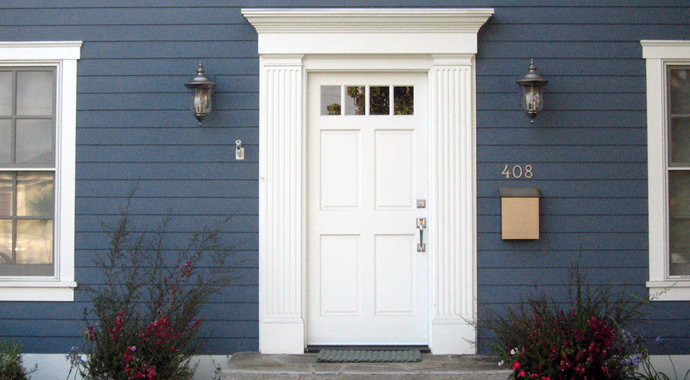 According to the National Association of Home Builders/First American Improving Markets Index (IMI) released today, the number of housing markets “showing measurable improvement” reached 99 this month with 33 states now represented by at least one market on this still young list.

The index identifies metropolitan areas that have shown improvement from their respective troughs in housing permits, employment and house prices for at least six consecutive months. The 99 markets on the March IMI represent a net gain of one from February, with 31 metros being added and 30 markets slipping from the list, due primarily to incremental softening in house prices.

Notable new entrants on the IMI in March include Orlando, Fla.; Rochester, N.Y.; Columbus, Ohio; and Austin and San Antonio, Texas. Meanwhile, Anchorage; Iowa City; Washington, D.C.; and Jackson, Miss. all returned to the list as a result of recent revisions in their employment data.

“In March, 68 metros retained their status as improving housing markets, while 31 new markets joined the list and 33 states had at least one entry on it,” said NAHB Chairman Barry Rutenberg. “Meanwhile, 10 states now have four or more metros on the improving markets list, with Texas’s 12 entries topping all others. The point is that economic conditions have been consistently strengthening in a diverse array of individual markets nationwide.”

The IMI tracks housing markets throughout the country that are showing signs of improving economic health based on three sets of independent monthly data – employment growth from the Bureau of Labor Statistics, house price appreciation from Freddie Mac, and single-family housing permit growth from the U.S. Census Bureau. A metropolitan area must see improvement in all three areas for at least six months following their respective troughs before being included on the improving markets list.

“After five consecutive months of solid gains, the March IMI held virtually flat this month at just under 100 metros, while showing a significant amount of transition in terms of markets represented on the list,” said NAHB Chief Economist David Crowe. “This is consistent with NAHB’s projections for a gradual but patchy recovery in which some month-to-month softening is likely, particularly in places where the measurable gains have been very small. The bottom line is that roughly one quarter of all U.S. metropolitan areas are showing signs that their housing markets have turned the corner, which is a very positive development.” 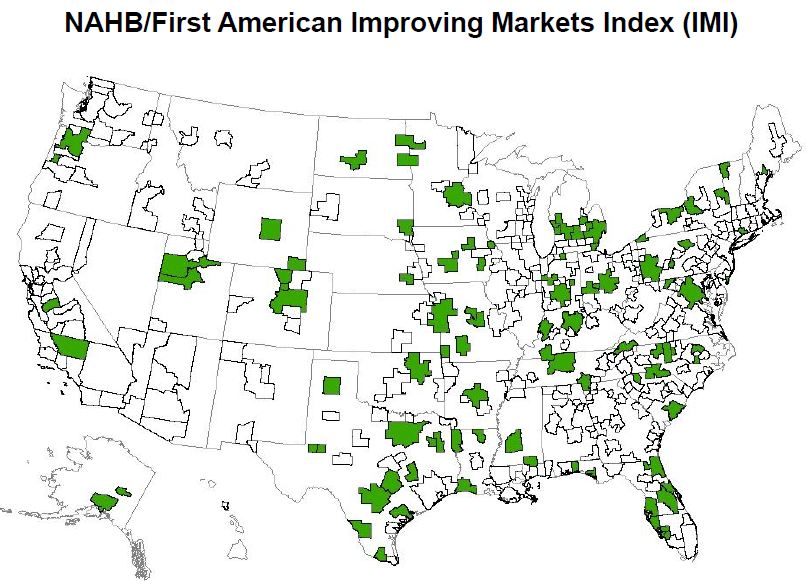