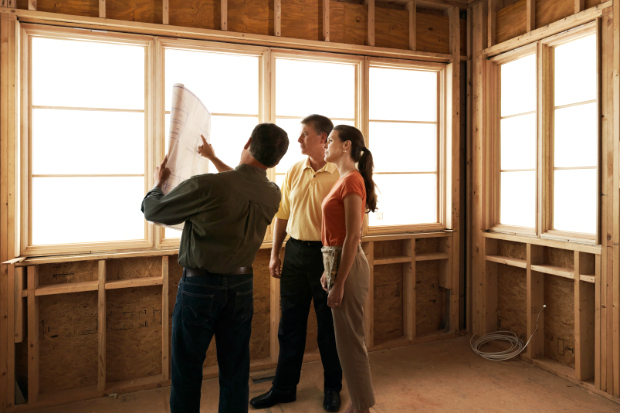 Down economy does not always stop generosity

Despite new home construction being one of the hardest hit sectors in real estate as the economy has tanked, the National Association of Home Builders (NAHB) says builders continue to help the less fortunate members of their communities. The NAHB’s Home Builders Care program is comprised of builder philanthropy ranging from community outreach and charitable events to involvement in projects like the Home Builders Industry Disaster Relief Fund, BSC’s Building Systems for Soldiers.

“Home builders are making extraordinary sacrifices as they try to survive the ongoing economic downturn, and yet their generous spirit continues to shine in selfless acts of charity every day across the country,” said Bob Nielsen, chairman of the National Association of Home Builders and a home builder from Reno, Nev. “NAHB’s members are doing everything in their power to help others and preserve the American Dream of homeownership for those who are less fortunate.”

Below is a showcase from the NAHB of a few builders that stepped up and helped their communities.

Despite Florida suffering more than most states in the down economy, home builder members of the Lee Building Industry Association (BIA) in Fort Myers completed 33 charity projects this year, including six major home renovations, four wheelchair ramps, six handicap accessibility bathroom renovations and other emergency construction services worth a total of more than $600,000.

“Home builders’ businesses have been suffering for years, but as long as we are physically able to help others who can’t help themselves, we will be out there giving back to this community,” said Bob Bassett, board president of Lee BIA Builders Care.

Kelly Watson, owner of Bluestone Building in Birmingham, Ala., felt compelled to help a family whose home was destroyed by a tornado in April when he read in the local paper that the family was still trying to find a way to rebuild in August.

“When I read that the mother, who has multiple sclerosis, was going to have to be her own contractor, I thought it was another disaster just waiting to happen,” Watson said. He recruited volunteers and support from local and national organizations and provided the Burchfield family with a 1,600-square-foot three-bedroom accessible universal design home with a tornado-resistant safe room a few days before Thanksgiving.

When Dan Steurer and Kelly Stephens asked fellow members of the Southern Utah Home Builders Association to give what they could to help remodel and build a 2,200-square-foot expansion of the Doctors’ Volunteer Clinic in St. George, Utah, nearly 200 companies responded. The clinic, which was originally built by members of the SUHBA 10 years ago, provides medical care to low income and uninsured people in the community, and patients were being seen in storage closets and hallways due to overwhelming demand for services.

“For those in our industry to have given so much to build something that blesses so many at such a difficult time economically is an inspiration to us all,” said Steurer, a home builder and co-owner of Sunwest Development in St. George, Utah.

In memory of daughter, builder is rebuilding Haiti

Home builders aren’t limiting their generosity to their own communities. Rutland, Mass., home builder Len Gengel has spent 22 weeks in Haiti this year building an orphanage that will house more than 60 children and staff to care for them.

Gengel and his wife founded “Be like Brit,” a 501c3 charity (BeLikeBrit.org), after his daughter Britney and five others from Lynn University were killed during the January 2010 Haiti earthquake just one day after they arrived on a humanitarian mission. Due to the severely limited resources on the island, Gengel has to bring in even the simplest construction materials by ship or make them on site.

“On my last trip I checked eight hockey bags full of electrical supplies as luggage on the plane just so we could do the wiring,” said Gengel. “But two years after the earthquake there are still Haitians living in tents, so if we have to do it one cement block at a time, we will give these orphans an environment where they can grow, learn and thrive.”