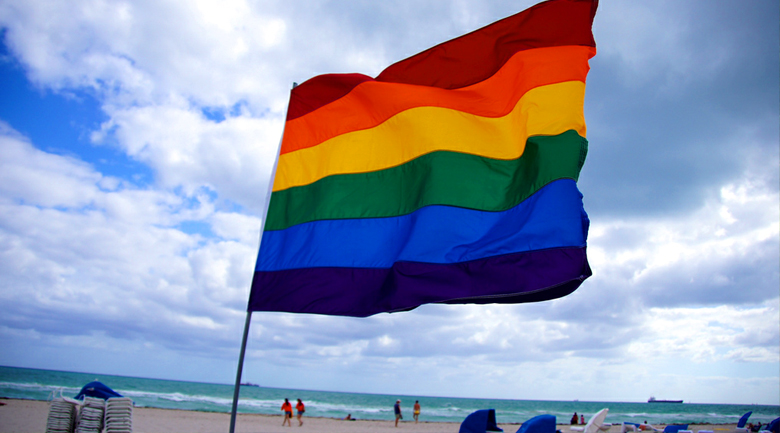 In celebration of Gay Pride Month, real estate search site, Trulia.com calculated the share of households in each ZIP code that are same-sex male couples and same-sex female couples, based on the 2010 Census, combining that data with median price per foot of listed homes in each ZIP code on Trulia over the past year. “Even in the big, expensive cities, it’s possible to find a gay community without spending a fortune. And the picture looks different for gay men and women, who often cluster in very different neighborhoods even in the same metro,” said Trulia.

The top neighborhoods for same-sex couples include well known areas like the Castro and Provincetown, along with several lesser-known communities, from suburban Atlanta to suburbs of Detroit.

The company notes that “While the gayest neighborhoods in big cities are pricey (West Hollywood, Chelsea), there are also affordable neighborhoods – even in expensive cities — with significant gay populations.” 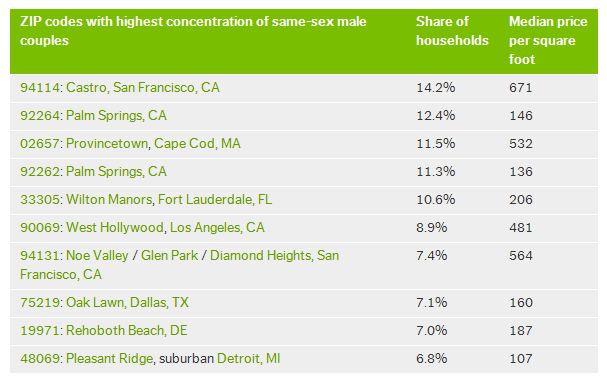 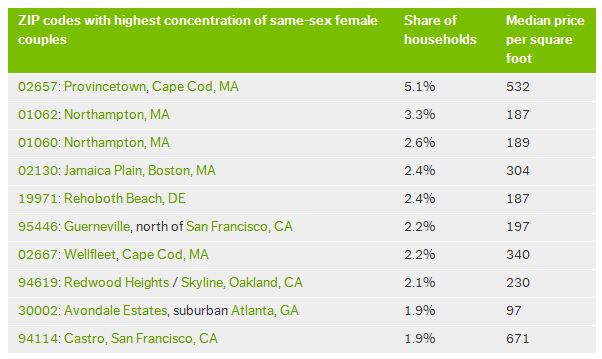 Why the price difference? “A big reason is that same-sex couples are less likely to have kids: 10% of same-sex male couples and 24% of same-sex female couples have kids in the house, compared with 41% of all married and unmarried couples. Couples without kids need less space and therefore are better able to afford desirable, expensive urban neighborhoods.”

“At the same time, gay men contribute to the gentrification of many urban neighborhoods: another academic paper showed that home prices rise faster in neighborhoods with higher concentrations of gay couples. But even the most expensive big cities have relatively affordable neighborhoods for gay couples,” the company reports.

In this article:Real Estate News, Trulia