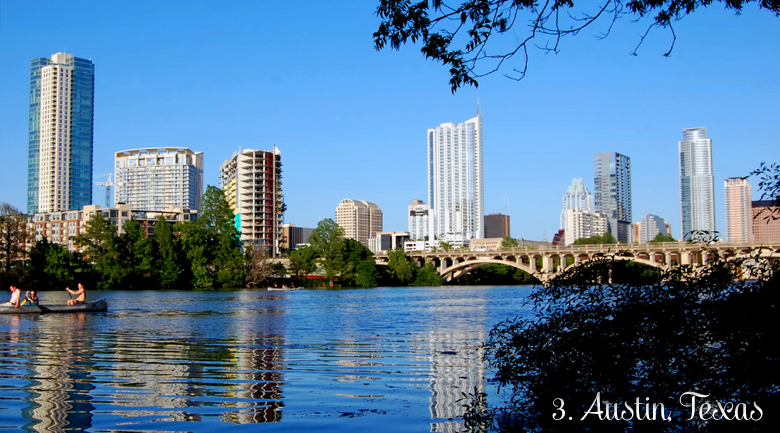 The top 10 hottest housing markets for next year

For the upcoming year, Zillow has predicted that ten markets will soar above all the rest, and we are surprised and pleased to see that not all ten happen to be on the coasts, unlike other lists we’ve already seen generated for 2014.

In addition to outlining the 2014 housing market predictions, Zillow predicts home values will rise by 3.0 percent, mortgages will be easier to get, and rates will reach 5.0 percent before the end of the year. Additionally, they are predicting that homeownership rates will fall to their lowest point in nearly two decades.

Read also: Seniors moving in with adult children, not just due to recession

Zillow predicts the following ten housing markets are likely to experience the heaviest demand for homes alongside increasing home values:

Dr. Stan Humphries, Zillow chief economist notes that “In 2013, home values rose rapidly – about 5 percent nationwide and more than 20 percent in some local markets. These gains, while beneficial in many ways, were also unsustainable and well above historic norms for healthy, balanced markets.”

“This year,” Dr. Humphries added, “home value gains will slow down significantly because of higher mortgage rates, more expensive home prices, and more supply created by fewer underwater homeowners and more new construction. For buyers, this is welcome news, especially for those in markets where bidding wars were becoming the norm and bubble-like conditions were starting to emerge.”

Despite values rising, Dr. Humphries notes that homeownership will likely hit 20 year lows in 2014. “The housing bubble was fueled by easy lending standards and irrational expectations of home value appreciation, but it put a historically high number of American households – seven out of ten – in a home, if only temporarily.”

“That homeownership level proved unsustainable and during the housing recession and recovery the homeownership rate has floated back down to a more normal level, and we expect it to break 65% for the first time since the mid-1990s,” Dr. Humphries concluded.