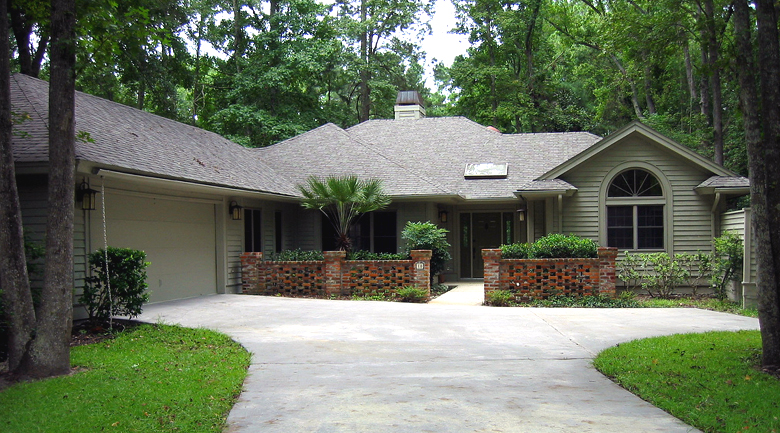 As the housing market crashed in 2008, before any of the banks’ misdeeds were evident, many people blamed house flipping on the sole reason for the sector’s crash. History has told a different story, and while house flipping played a role, it was not the reason for housing’s crash, although in some areas, it played a major role in crippling housing’s recovery. Flipping houses has become almost a cuss word, as irresponsible flippers did play a role in pulling the rug out from underneath housing, but despite gains in housing, the stigma remains.

Regardless of the stigma, flipping houses is back. This time, lending is different, and the economic climate is dramatically different, so investors are taking a different approach, but as with any business transaction, profits are the name of the game, so where can flippers get the most bang for their buck?

RealtyTrac selected the top 25 markets nationwide where flipping single family homes offers the highest rate of return based on the flipper’s gross profit — the difference between average original purchased price and the eventual flipped sales price of a flipped home.

Below are the top 25 cities (click either image for an interactive experience): 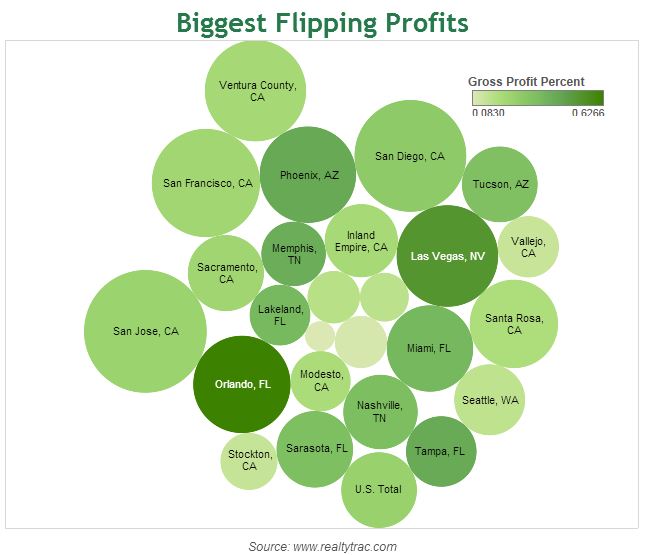 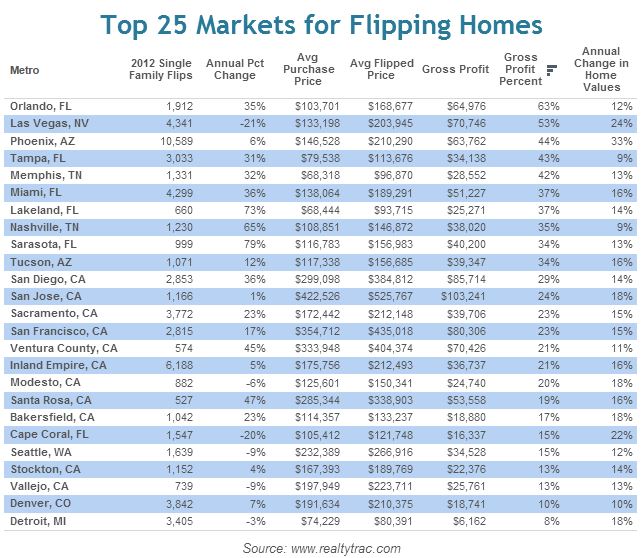 RealtyTrac notes, “To create the list, we looked at more than 600 metro areas nationwide where flips of single family homes occurred in 2012. We counted a flip as a situation where a sale of home occurred within six months or less of the previous sale of the same home. From the 600 metros we first narrowed it down to metros with at 500 flips in 2012, and then to metros with at least a 9 percent annual increase in home values between the first quarter of 2012 and the first quarter of 2013. From that universe of markets we selected the top 25 based on the gross profit as a percentage of the original purchase price.”