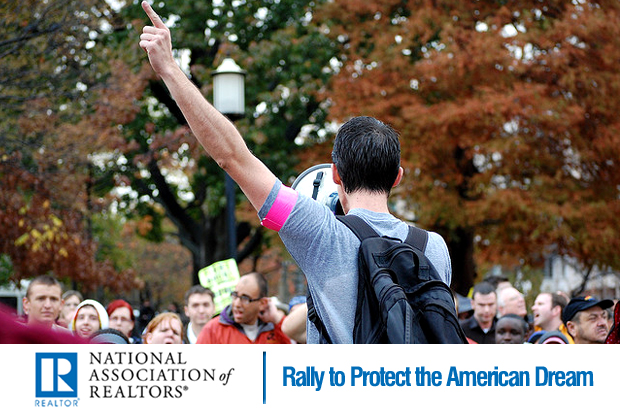 The battle on the Hill

Because of the recession in recent years, the housing sector has been in crisis and the National Association of Realtors (NAR) is currently laying plans to march on Capitol Hill this spring to make their cause known to lawmakers on Capitol Hill. NAR has long been a powerful lobby, but the housing crisis has had a strong impact on all lobbyist’s power as lawmakers struggle to do what they believe will keep the economy afloat which some sectors pay the price for.

Citing the President’s recent budget proposal that threatens to cut mortgage interest deductions, plans to potentially privatize Fannie Mae and Freddie Mac, the possibility of the government mandating 20 percent down on all home loans, and an increase in fees lenders must now pay to have their loans guaranteed by Fannie and Freddie should go up, the NAR considers these moves an attack on homeownership.

Realtor Magazine’s Senior Editor, Robert Freedman writes, “All of these and more add up to an attack on home ownership and raise the question of whether our children and grandchildren, despite the unquestioned good home ownership does for our country, will have the same options for buying as we or our parents had.”

Freedman added, “Here in Washington, largely behind the scenes, NAR has been waging a battle on Capitol Hill and among the regulatory agencies to try to keep some balance in this debate over home ownership and dial back the reaction to the housing downturn.”

On the morning of May 17th, during the NAR Midyear Legislative Meetings, “The Rally to Protect the American Dream” will gather thousands of Realtors to join NAR President Moe Veissi and the NAR Leadership Team at a rally on the grounds of the U.S. Capitol.

The organization says the rally is a “high-energy way of letting Washington lawmakers and policymakers know that REALTORS® are ready to go to the mat to protect this most cherished of American institutions.” We are told that Realtors at the rally may be organized by state and show a physical presence by joining others from their state alongside State Association executives.

“Theirs will be a simple message: Real estate is the bedrock of the country and the country’s REALTORS® are taking a stand to keep it that way,” writes Freedman.