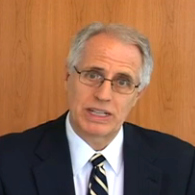 This year, most real estate practitioners have learned the acronym QRM which stands for Qualified Residential Mortgage a controversial concept created on The Hill to require a 20% down payment on all future home mortgage loans. Some say requiring that amount down would reasonably put responsible borrowers in homes while others believe it will destroy mortgage loan volumes and housing could come to a screeching halt.

Regarding the QRM NAHB First Vice Chairman Barry Rutenberg said, “Basically the government is telling Mr. and Mrs. America thanks for paying your mortgage during these tough times, and thanks for building your wealth around housing, as we have encouraged you to do, but we are now changing the rules. We are going to reduce the value of your retirement nest egg even more than the recession already has. And as an extra thank you, your kids are going to find homeownership that much more difficult to obtain.”

So what is the QM?

The QRM scare is on many professionals’ minds and there is a great deal of opposition from the real estate industry, all the while the QM (qualified mortgage) proposal is quietly approaching.

The Federal Reserve Board has proposed the QM law that would ensure lenders only lend to borrowers who are able to repay their mortgages under guidelines set by the government and overseen by the new Consumer Financial Protection Bureau.

Why QM is controversial

The controversy with QM is what the final definition of “ability to repay” ends up being. The National Association of Realtors (NAR) has expressed concerned, even writing directly to Ben Bernanke regarding the “rebuttable presumption option that regulators have included for public comment,” Robert Freedman, senior editor of REALTOR® Magazine said. “Regulators are saying they might set a rebuttable presumption standard for consumers who end up losing the ability to repay the mortgage because of unforeseen circumstances, like an illness or job loss. This standard could lead to a lot of lawsuits, lenders believe, so NAR has a concern that lenders would stiffen their standards to such a degree to prevent lawsuits that few people would be able to get loans.”

The second option (that NAR favors) is a safe harbor which allows lenders to follow a clear set of standards, alleviating the potential onslaught of lawsuits. Although NAR favors this approach, “it wants the standards to be strong enough that it prevents lenders from getting back into the risky loan business again.”

If the standards for QM end up being too strict, lending will become even tighter than it already is and effectively suffocate mortgage applications, but if the standards are too loose, the cycle of bad loans being issued will resurface and we’ll be right back where we started. The video above features Jeff Lischer, managing director of regulatory policy for NAR and outlines a more in depth look at QM.