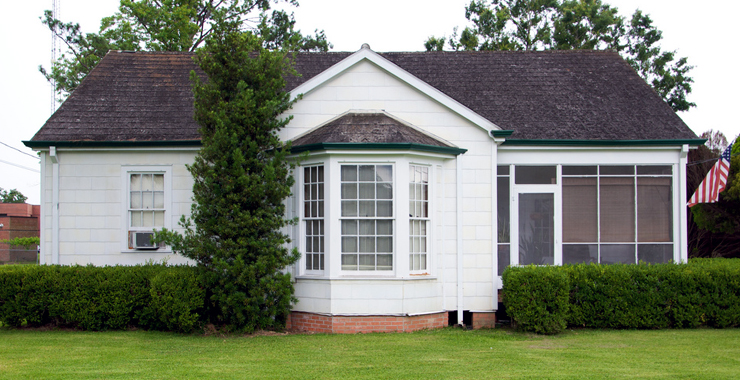 Home values on the rise, will bottom out this year

According to the Zillow Home Value Index (ZHVI), home values rose 0.5 percent from February to March, the largest monthly increase since May 2006, before home values peaked then popped. Although values rose in March, the ZHVI fell 3.1 percent from March 2011 to $146,200. As opposed to economic indicators that measure home prices, this index is compiled based on average Zestimates (automated home valuations through Zillow’s algorithm), which gives a broader picture to include homes not for sale.

Of the 30 markets monitored by the ZHVI, the company says that 19 will reach their bottom in 2012, some of which already have. Zillow predicts home values will remain relatively flat for the next year, reaching a bottom in late 2012.

Zillow forecasts significant home value increases in the next 12 months, including the Phoenix (6.5 percent), Miami-Ft. Lauderdale (5.6 percent) and Tampa (2.5 percent) metros, according to the forecast. Atlanta, on the other hand, is expected to continue sliding, as Zillow forecasts values will fall another 4.1 percent in the next 12 months, and Chicago will fall 3.8 percent.

“For people who have been waiting to time their home purchase close to market bottom, it’s time to start shopping,” said Zillow Chief Economist Dr. Stan Humphries. “When the bottom will hit will vary by market, and it’s nearly impossible to time a purchase exactly right. But home prices are not the only part of the equation. Buyers also should take into account the possibility that rising mortgage rates could offset any further home value declines that may occur.”

Dr. Humphries added, “From an economic perspective, the latter part of the first quarter is full of positive news as the spring selling season gets underway. While it is unlikely that national home values continue to rise at this rate through the rest of the spring and summer, it is undeniable that we are seeing sparks of life in the housing market.”

“March’s lower foreclosure rate does not show signs of the expected increase after the multi-state attorneys general settlement in February,” Dr. Humphries said. “But we should take this news with a grain of salt, as there still exists the possibility for foreclosures to increase again.”

To see the ZHVI for your state or market, visit Zillow. For national ZHVI data, click any image below to enlarge: 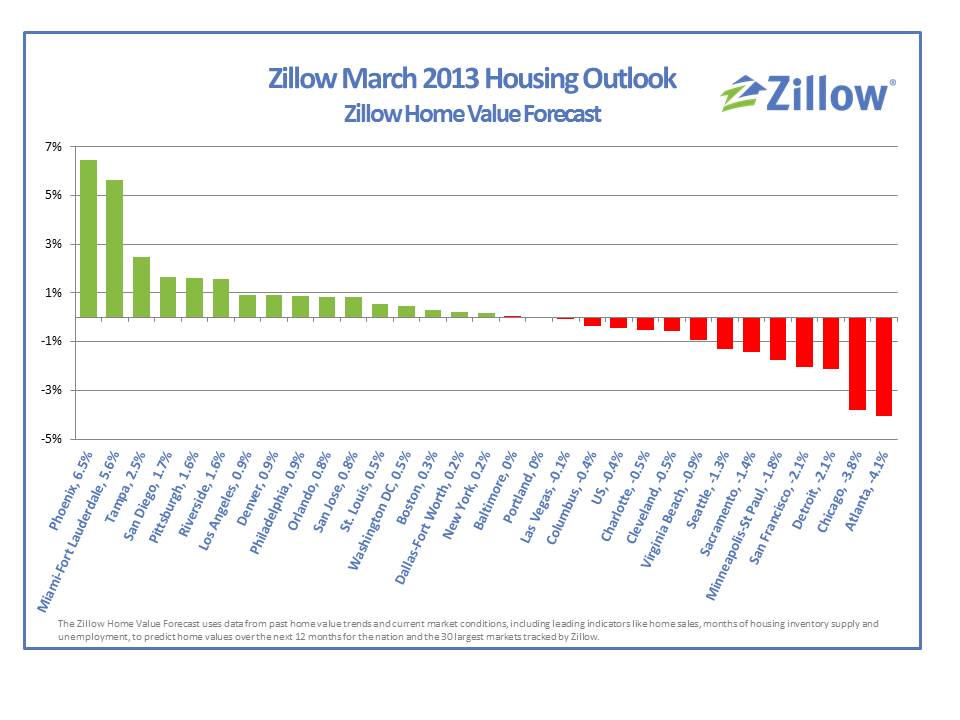 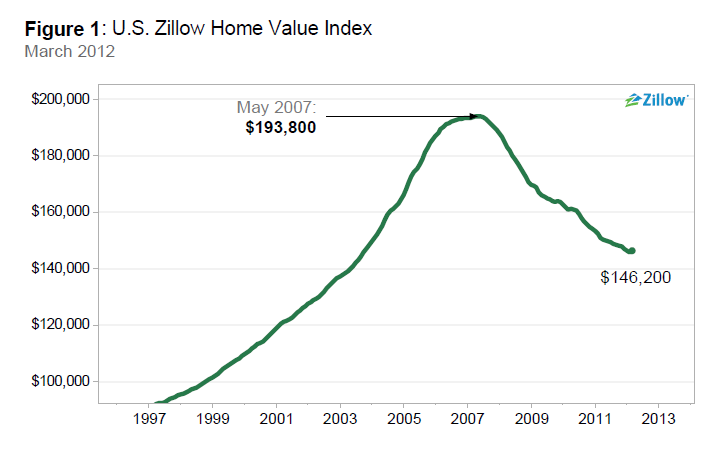 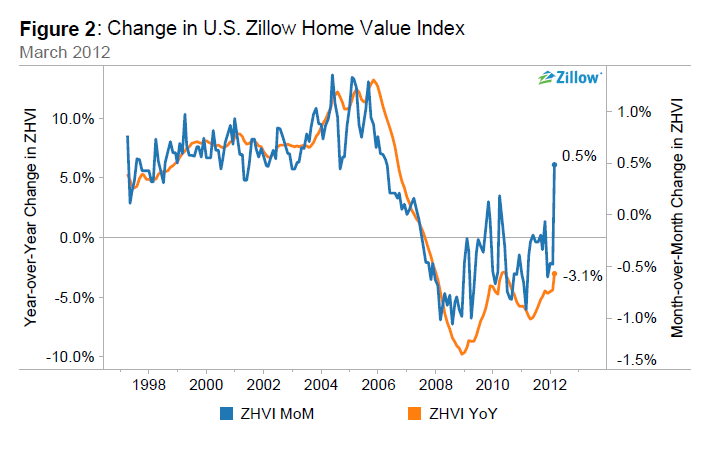 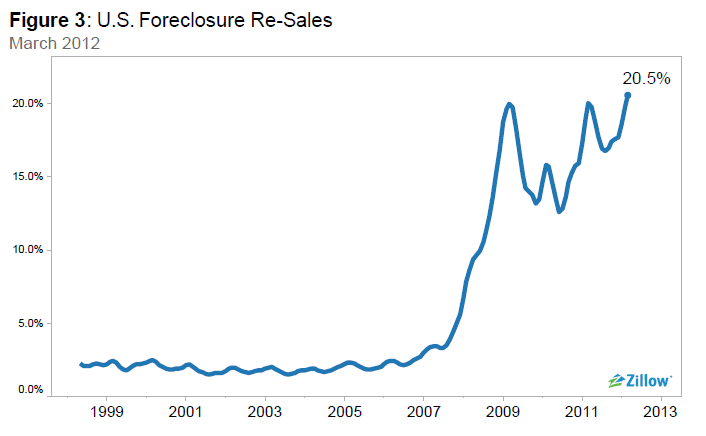