According to the Zillow Real Estate Market Report just released, in August of 2011, the home value index rose 0.1 percent from July, while dropping 4.5 percent from August of 2010 and a dramatic 28.3 percent plummet from the housing market’s peak in June of 2006.

Of the 157 markets studied by Zillow, 43 percent saw an increase in home values, but the report notes that the increases are mostly minimal, and we would add that most markets look fairly stagnant in recent months. Regional differences weren’t the only key differentiation in the market- tiers behaved differently as well with home values in the top tier having risen 0.46% in the top tier while the bottom tier only rose 0.06%.

Foreclosure liquidation rates are similarly stagnant, according to Zillow, remaining at roughly nine out of ever 10,000 homes foreclosed in the month, down from 10.9 out of every 10,000 homes ten months earlier. As we’ve noted for months, the report indicates that the robosigning scandal has frozen the pace of foreclosures being completed.

“Due to the robo-signing controversy, the pace of foreclosure liquidations has been slower than it would be otherwise, which is impacting home value trends positively. Eventually the pace will pick up again, putting more bank-owned homes into local markets and putting additional downward pressure on prices,” said Zillow Chief Economist Dr. Stan Humphries. “We remain encouraged about the organic stabilization in home values that we have been seeing absent the federal home buyer tax credits, but we remain concerned about the impact that recent economic turmoil and continued weak economic indicators will have on future home sales and home value trends.”

Dr. Humphries noted that, “At this point, we maintain the expectation that a definitive bottom will not occur until 2012 at the earliest.” 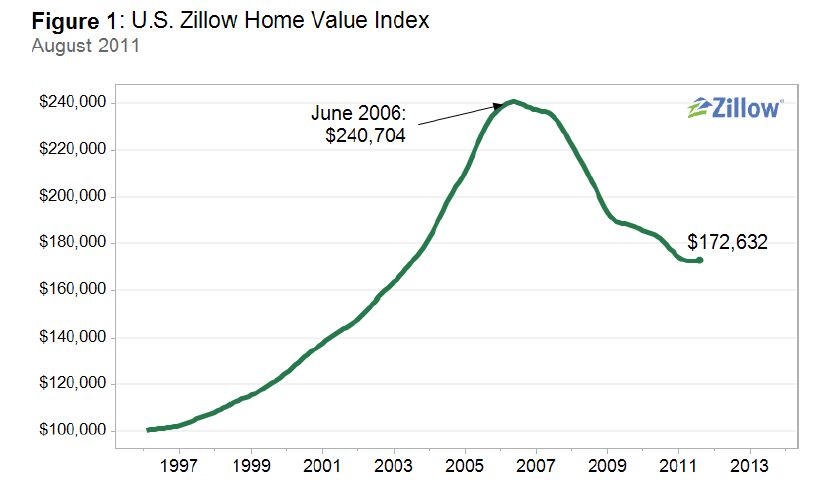 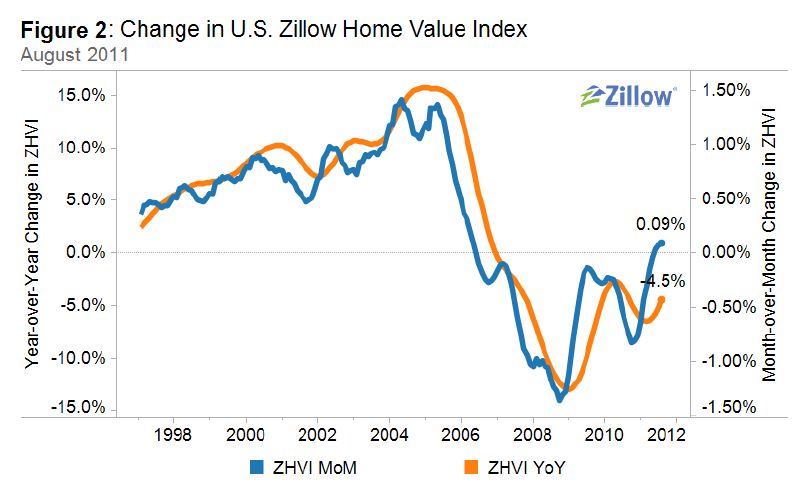 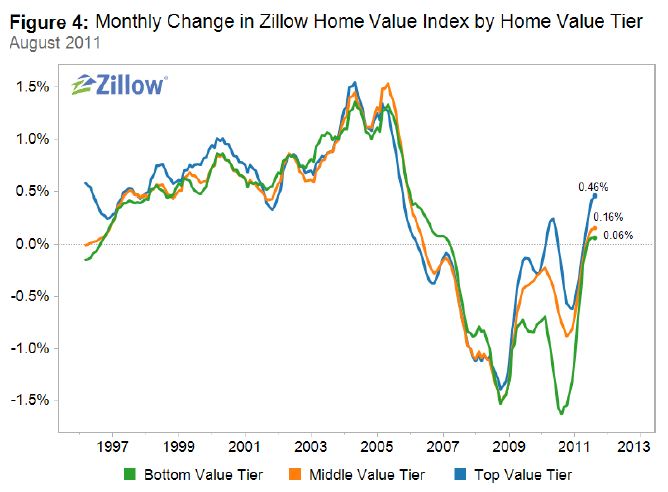 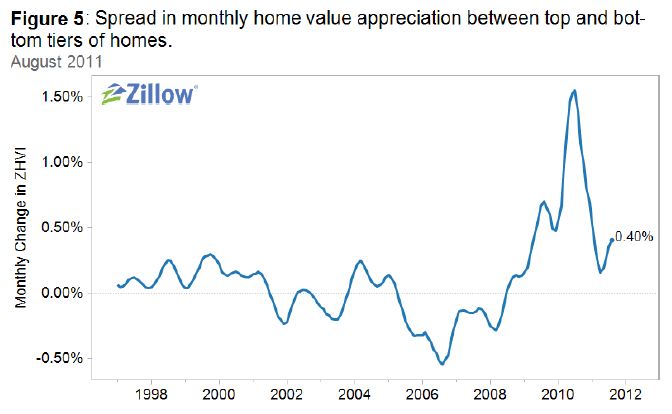 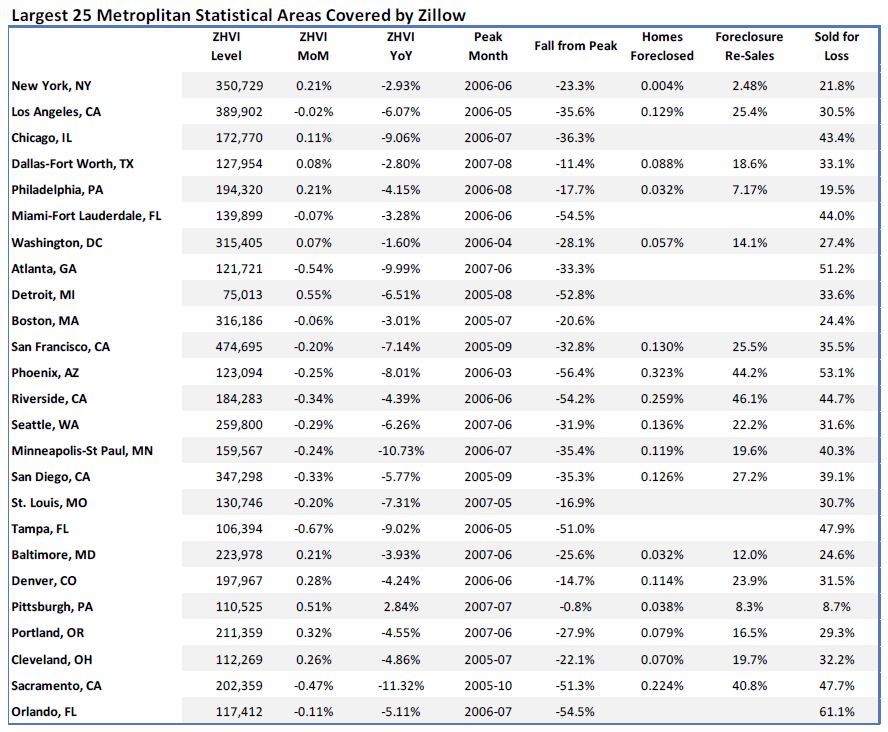