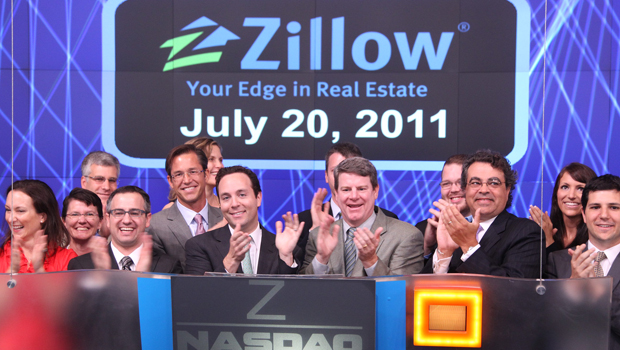 After a long march toward IPO status, Zillow finally made their NASDAQ debut last month, opening at $20 per share, higher than initially projected “Z” would. At close of market today, “Z” stock is selling for $26.26 and while some moan that it pales in comparison to the $40+ the stock hit on opening day, it is still 31 percent higher than their earliest stock price which is good news for the real estate search company.

“The second quarter was outstanding for Zillow® with record revenues, traffic and mobile usage. It marks our first profitable quarter on a GAAP net income basis and our fourth consecutive profitable quarter on an Adjusted EBITDA basis,” said Zillow CEO Spencer Rascoff. “We’re extremely pleased with our progress and rapid growth, yet we believe we’ve only scratched the surface of our opportunity.”

According to Zillow’s Q2 financial report, total revenues jumped 116 percent to $15.8 million from $7.3 million in Q2 of 2010 with Mortgage Marketplace revenues skyrocketing 269 percent to $2.6 million in the second quarter. Display revenues rose to $6.1 million, up 30 percent from just twelve months prior.

Site traffic is up- way up

Zillow is reporting that their average monthly unique visitor count nearly doubled over the last year to 20.8 million visitors. Premier Agent subscriber number are up 180 percent in Q2 2011 from 4,777 at the same time in 2010.

In July, Zillow was used on mobile devices 11.9 million times on their five mobile applications and although it is unclear how much of the traffic numbers on the site and via mobile are Realtors versus home shoppers, revenues and traffic are up by impressive margins for Zillow.