I am a musical anachronism

Kari and I are a little bit odd in our musical tastes.  Oftentimes, we think we might have been born about 30 years too late.  At 28 years old, ask us who are favorite singers are, and no one from the last 25 years is like to make the top 5.

Billy Joel was outstanding, Elton was just ok.  Honestly, we weren’t exactly sure what to expect from Neil Diamond, especially since we were a little disappointed by Sir Elton.

Neil did not disappoint.

One of the things that immediately struck us about the Neil Diamond concert was that it was exactly what you might expect it to be, which was a little bit surprising, actually.  It wasn’t terribly fancy.  The stage wasn’t crazy elaborate.  It was just Neil, his guitar, a microphone, and his band and backup signers.  By the way, it was his ORIGINAL band and backup singers.  All the same folks for over 30 years now.  Pretty impressive.

When you have a catalog of songs as impressive as that of Neil Diamond, and you have simultaneously released a new album, that offers quite a conundrum– sing new songs, or sing the songs everyone knows and loves?   Much to the delight of the crowd, Neil didn’t shy away from his old standards.  Sure, he did 3 songs off the new album, but one after the other, and almost as a kind of “intermission” in the concert.

The end result was that everyone in attendance, all the Neil Diamond fans that have been loyal for more than 30 years, got exactly what they wanted– they got to relive all those great memories from those great songs.

Neil knows exactly who he is, and he doesn’t apologize for it.  He doesn’t try to hide it.  In fact, he revels in it.  He uses it to his advantage, and he makes the most of it.

Who are you? Be that person.

The one thing that makes you unique is– YOU.

No one else is you.  No one else can ever be you.  Sure, people can be similar, but that can’t be exactly the same.  You know what, there are potential clients out there who will be attracted to you, because of who you are, so don’t be afraid to show it.

If you are a numbers person, use it.  Share stats, get into the MLS and pull out the crazy statistics that only you can find.

If you are a people person, use it.  Get out, go to events, shake hands, kiss babies.

If you are a service-oriented person, use it.  Volunteer, meet people, deliver service to your clients, help them.

Whoever you are, you have strengths and talents that you can bring to bear that will help you grow your business and succeed.

Neil Diamond has been signing “Sweet Caroline” for decades.  Every time it plays, the crowd still sings along.  What do you do well that will attract a crowd? 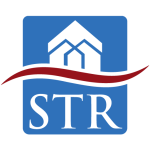