Hopefully last week’s SEO Tip didn’t make your brain hurt too bad – I promise not to get that geeky again for a while.

I know some you  of are already thinking up snarky comments about how useless you think the META Keywords are – take a deep breath, count to 10, and read on.  I bet I can change your mind.  Before we get into that though, if you are not familiar with them, you should review my META Tags article from a few weeks ago.

In early the days of the internet, META Keywords were a great way to help the search engines categorize your content properly.  Thanks the the spammers though, they have been degraded to providing only minor value – but META Keywords DO add value.   More about that later.

I conducted a survey of SEOs and web developers in January 2009, 55% of the respondents indicated they use and believe that the META Keywords tag has some value.  If we believe, it must be true, right? Not enough?  OK, read on then Mr. doubty-pants.

For Yahoo it’s easy.  Yahoo recently caused a bit of a stir in the SEO community when they announced that they would NO LONGER SUPPORT META KEYWORDS.  Some people did not believe it though and went to work testing it.  One of those people was Danny Sulivan from the site Search Engine Land.  His test proved that Yahoo does still use the META keyword in it’s ranking algorithm.  A very important thing to note – the test Danny did also proves that a site can rank for a word that exists only in the keywords tag and not in the content.  Of course, his test page had no competition.  If it had, then using the words only in the meta would not have been as successful in getting ranked, but the page still would have been located.

For Google, it’s not quite so clear cut…yet.  Experiments are being conducted that will tell us if they are effective or not.  In the meantime, you need to be a bit of a conspiracy theorist and read between the lines of what Google tells us.  In a Google Webmaster Blog post, they highlight what tags they use and do not use.  They chose not to mention the keywords tag – to either say they do or do not use it.  Interesting.  More intriguing to me is the response from the author to a question asked in the comments.  “we generally ignore the contents of the “keywords” meta tag.”  What does generally mean? Of course, the post is a few years old – decades in ‘net years, so things likely have changed since then, but I could not find anything officially saying they are not used.  I think they are.

So should you use them?  Absolutely.  Will they rocket you to the top of page one in the SERPs?  Absolutely not.  Will they help you rank better for your chosen keywords?  YES!

It’s clear that Yahoo uses them, and that alone is enough reason to use the META keywords.  Google, well I’m sure they do, but for what and how much they count – the jury is still out on that. 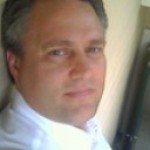 Jack Leblond is a SEO/SEM professional working for a large corporation full time in Austin, TX. He is not a Realtor, he is our in-house SEO expert. Jack is the Director of Internet Strategy and Operations for TG (www.tgslc.org). In addition to managing the team that develops and maintains the company's multiple Web sites, he focuses on Search Engine Optimization (SEO), e-marketing and Social Media. Jack's background ranges from Submarine Sonar Technician/Instructor for the United States Navy, technical writer, pioneer in internet/intranet creation for McGraw-Hill and Times Mirror Higher Education, former Adjunct Professor for two Universities teaching web-related courses, has served as a city council member and co-founded Net-Smart, a web design and hosting company, where he managed networks and oversaw the development of hundreds of Web sites. As a free-lance SEO consultant, Jack performs SEO Site Audits for small/medium businesses that want their web sites to perform better in the search engine listings.