Who are these people?

This morning I was reading “Nurses Shine, Bankers Slump in Ethics Ratings” from Gallup.com. My first thought, at the headline alone, was… well duh! Letting curiosity get the best of me, I read further. Of course, being in the Real Estate Industry I was curious as to where the Real Estate Agents placed. I’ll save you the suspense – it doesn’t look like we’ve moved much, but we have moved higher. However, upon further preponderance I realized that I simply didn’t care where I was on the Gallup Poll. It matters not in the least what the poll says. Most people only use the poll when trying to build a case for that which they already believe.

For those who still must know, here’s what Gallup says:

Ok, so Nurses are the highest. (But on a scale where Journalist rank as high as they do, does any of it matter) This attests to my opinion that this is a useless poll. Why? Because comparing varied industries is dumb. Nurses are great, I am not taking anything away from them, but for the most part people recognize the work of the nurse, when they are sick and need assistance, the nurse is paid to “mother” in most cases. After all doesn’t a Nurse typically follow a Doctor’s orders? Transversely, even when a Nurse screws up; it’s the Doctor who takes the blame. When the bill comes from the hospital, it doesn’t reflect the salary of the nurse. Consumers get to see the salary of the agent and typically a good agent doesn’t “mother” a client – usually they have to deliver difficult news. The poll also shows Clergy as being lower as well, but lets take away TV Evangelist and see how the numbers look. What I am saying is that I’ve heard more than a few agents siting this poll as a need to exclude other practitioners from the Real Estate career.

Here’s a survey I’m more interested in….who would use their agent again. That is far more important to me than how I would rate against a Funeral Director. The NAR 2007 Profile of Buyers and Sellers say this: 62% of those surveyed say that they would “Definitely” use the same agent again and 19% said they would “Probably” use the same agent again. Yes, I know… you might disagree. But I’ve found that there is a great deal of arrogance in the real estate industry. Everyone believes that others should do business “just the way I would” or they are otherwise inappropriate for this career or “unethical.” I’ve been teaching Mock Hearing Road Shows lately. In this, we actually setup a staged hearing for both a Procuring Cause Case and Ethics. Overwhelmingly we’ve found a gross misunderstanding of how things work. Everyone keeps relying on what’s “fair.” There is nothing fair in real estate, therefore fairness has little to do with unethical behavior. In the mock hearing we allow the students to be the judge and jury. They ask questions, cross examine etc… it’s one of the most popular classes we’ve ever done. The funny thing is that when we find folks asking questions, they say things such as “shouldn’t you have done this or that?” I keep countering with “where do you find that requirement in the real estate laws, Code of Ethics or Company Policy?”

How do YOU determine who is ethical?

In the past five years or so, I’ve worked with Professional Standards, I’ve read most Real Estate Board disciplinary actions from my state and tons of case laws. More and more I’ve been convinced that the causation of inappropriate behavior is far more relevant to the amount of education and less than the nefarious intent of the provider. Let’s ask this question: When was the last time that you informed a buyer, as they made the offer to purchase, that offers were not confidential and the seller could do with them what they wish – including copying them to everyone in their office? Read COE 1-13 and 1-15. How about the agent who warns another, that if they make an ethics complaint, they would counter with a slander suit? Did you know that was a potential violation of 14-3 article. (I only use the Code of Ethics, because state laws vary) How many agents understand the RESPA regulations? Frankly there are too many governing entities in Real Estate for everyone to know all the rules. Usually when I hear an agent rant about the behavior of other agents, I can trace it back to a fear of competition. Just because you and I may not like how they do business, it doesn’t make it wrong. Be very careful when you make an allegation… Remember that there are others who may not like how you do business, as well.

Who do you trust?

Let’s remove our own heterogeneity. Let’s look at more than if the person’s doing stuff they way that we don’t like. I desire higher education, I do think this is the answer. I desire better enforcement of the existing rules, but I also want people to judge individuals on the sum total of their existence, not their last worst mistake. Teach them – don’t alienate those who need to improve. Let’s stop looking for a Poll to tell us how to define our industry. I would bet that if we all spent more time on our own business and improving it one person at a time, we’ll do much better in the long run. 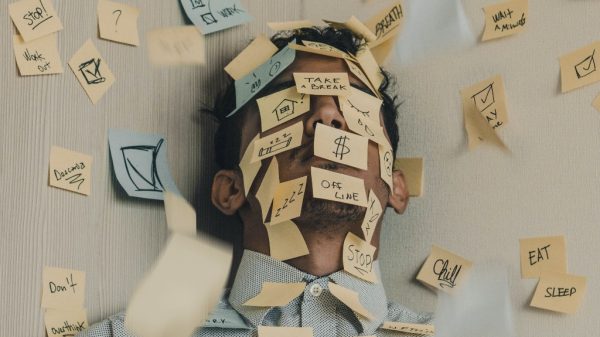