I love blogging.  I love social media.  I am a twitter addict.  Addicted to Facebook too.  You name it, I seem to have the social media addiction and plenty to say on most web venues.  I sat down with the CEO of a web based company recently to talk about social media strategy for the new business.  Mr. CEO says to me- “you like to write.  I wouldn’t have anything to say.”

Yep, I go through this all the time.  Sometimes I can whip out a post in no time, other times I struggle for days, occasionally weeks, once or twice even for months.  As much as I dislike it, I am comfortable with the fact that blogger blocks happens even to the best of us.

The curse of twitter. I have become so comfortable with Twitter, I just expect 140 characters to roll out.  Then block happens.  What if its not witty?  What if qwitter goes crazy as followers jump ship? Who created qwitter anyway?

I don’t think I ever would have predicted that I might get Twitter block.  I had a couple of days where I would sit and lurk and watch what people were saying and I couldn’t think of a single thing to write.  I wasn’t sure how to get out of it.  Finally I realized I was trying too hard.  Twittering shouldn’t be forced.  It has to come naturally.   When all else fails, post a twitpic.  Just like a blog, pictures speak a thousand words. 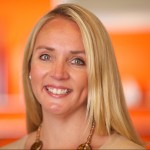 Ginger Wilcox is a Broker Associate at Alain Pinel in Marin County, California in the San Francisco Bay Area. She is an accomplished speaker, writer and trainer on the real estate industry, online marketing and social media strategy. Ginger is the publisher of the Marin Real Estate Guide -"Blog by the Bay," a highly regarded Bay Area real estate web site. For more information about Ginger, visit gingerwilcox.com.