Brands often trademark their name, slogan, or logo to legally protect the name or image from use by other parties. But what happens when your legal, given name is also the name of a brand?

People named Chanel had better watch out – as the Paris-based high-end fashion design house of the same name has proven very protective over its trademarked name.

The design house just won a lawsuit against Chanel Jones, who was sued for intellectual property violation for using her own name for her Merrillville, Indiana salon.

According to Chanel’s lawyers, the law gives “no absolute right to exploit one’s given name commercially if such use is inconsistent with Chanel’s right.”

The brand may have also come after Chanel Bonin, a 20 year old resident of Vancouver, Canada, for using the Instagram handle @Chanel. Her site, which she started in 2011 and boasts 40,000 followers, was shut down last week. 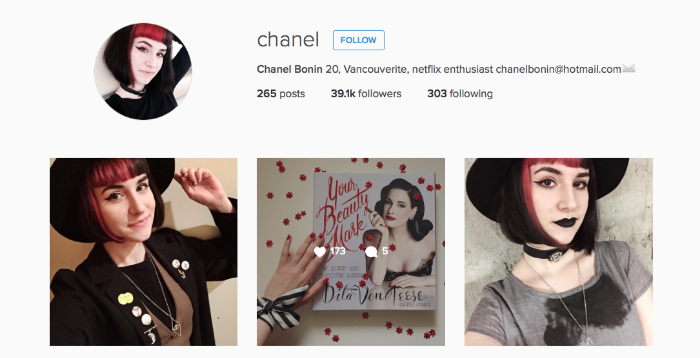 On the other hand, Chanel the fashion brand didn’t join Instagram until 2014, but does have over 9 million followers. The brand uses the handle @chanelofficial.

How did this go down?

Two weeks later, Bonin’s account was reactivated. She said: “I’m back!! My account was completely disabled for 2 weeks, I don’t know what happened and I thought I lost everything, but I just got it all back and I’m so relieved.”

Notably missing from Bonin’s reactivated account were a picture she had posted of a Chanel brand hair barrette and a drawing of herself wearing a t-shirt with Chanel’s double C logo.

These images may have been removed so that users would not get the two parties confused with one another.