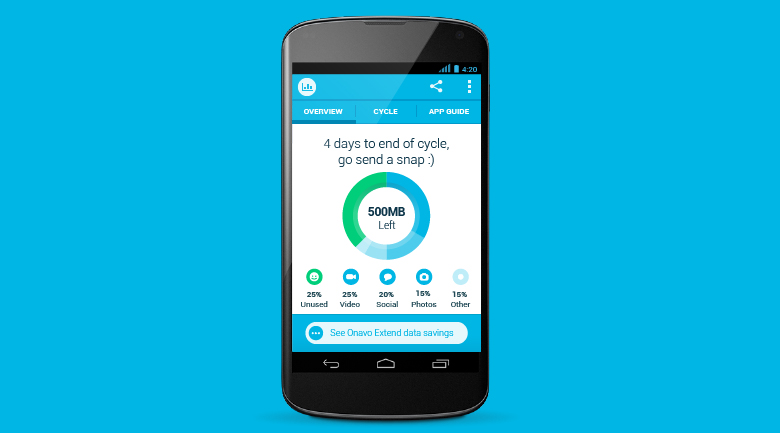 Facebook announced that it has acquired Onavo, a start-up company offering analytic services for smartphone applications, as well as, data compression software. The purchase of Onavo gives Facebook its first office in Israel, but more importantly, it gives Facebook another stepping stone towards the goal of providing affordable, easy, web access for everyone, as well as, strengthening their mobile platform and applications.

By 2015, Facebook could be using Onavo to manage their data consumption more efficiently and cut their smartphone consumptions by more than half. This means that Mark Zuckerberg’s project, which aims to provide free/low cost Internet to the over 5 million people currently without service worldwide, would be well on its way to reaching its goal because they will have the tools to see where their products are falling short and how they can improve mobile applications to reach more people. Onavo’s blog states, “We’re excited to join [Facebook’s] team, and hope to play a critical role in reaching one of Internet.org’s most significant goals – using data more efficiently, so that more people around the world can connect and share.” And that is just one way Onavo will benefit Facebook.

Onavo lets users monitor how much data they use over their cellular networks, and while this does not sound like a big deal, think about how many countries are still predominately using pre-paid cell phones and how quickly you can burn through data. Monitoring data helps alleviate these problems and would allow users more time on Facebook.

If Zuckerberg’s project is successful, more and more people would be accessing Facebook via its mobile application, and thus the need to strengthen this platform. Also, Onavo has a great tool for app usage, and this will help Facebook as they develop their mobile platform as well, considering more and more app developers are turning to the ever-popular Facebook for launch, especially games.

Onavo is certainly not the first business Facebook has acquired. They have also bought Instagram, Parse, Snaptu, and Face.com. As time passes, it will be interesting to see what other integrations Facebook will acquire to insure that their social media platform remains on the top and keeps abreast of technological innovations.

In this article:facebook, onavo, Social Media