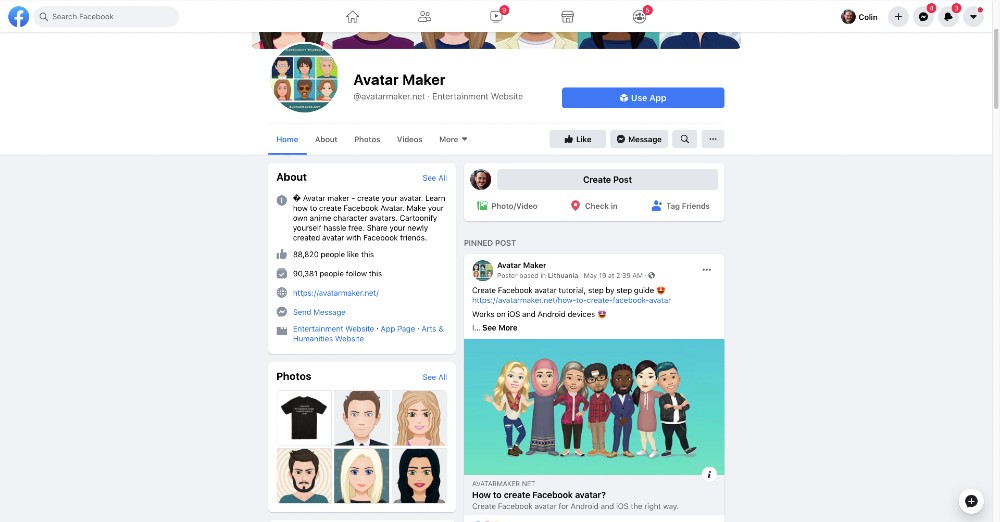 If you’re a habitual Facebook user, you’ve probably uploaded a photo or 1200. In all likelihood, you have a picture of yourself–or your dog, or your kid, or your tractor–set for your profile so randos who seek you out know they’ve found the correct John Smith.

Now, however, Facebook has introduced a feature allowing you to create what MakeUseOf refers to as “the new Bitmoji” as a substitute for your profile picture. The avatar can even be used to add reactions to conversations under posts and in Messenger–a revolutionary addition, to be sure.

Excusing for a moment that the Facebook avatar is criminally redundant–Bitmoji was already available as a reaction option in Facebook Messenger, and it’s not exactly difficult to screenshot and share a picture of your Bitmoji handing out hot dogs (or whatever) and set it as a profile picture–it’s hard to see who the target market for this feature is.

I have a tough time seeing it as anything other than patently stupid, and that’s from someone who typically doesn’t care about other people’s representations of themselves online. Go figure.

From a more serious (and unbiased) standpoint, using an avatar rather than something akin to an actual photo will absolutely be seen by some as unprofessional, and even though Facebook isn’t exactly the poster child for professionalism, enough employers have admitted to using Facebook searches to inform job candidate selections that it’s probably safer to err on the side of appearing…y’know…human.

Furthermore, the use of an avatar instead of a traditional headshot (or camera roll selfie–take your pick) is sure to date you, and not in a “fun parent” kind of way. Avoiding this kind of social media trend should be at the top of your online presence to-do list, if for no other reason than you get to maintain some form of moral high ground when this invariably blows up in your friends’ faces.

While comparing this fad to the Bitmoji pandemic of the last few years is too easy to resist, avatars aren’t new tech; anyone who uses Snapchat at all is aware of their widespread–and patently annoying–use. In fact, MakeUseOf posits that the avatar craze far predates Snapchat’s Bitmoji use: Yahoo avatars, for those of you who remember Yahoo, were popular many years before Snapchat took over college campuses and daycares alike.

The practice of making a life-adjacent avatar may not be new, but it’s still novel–at least to the Facebook crowd, for now.