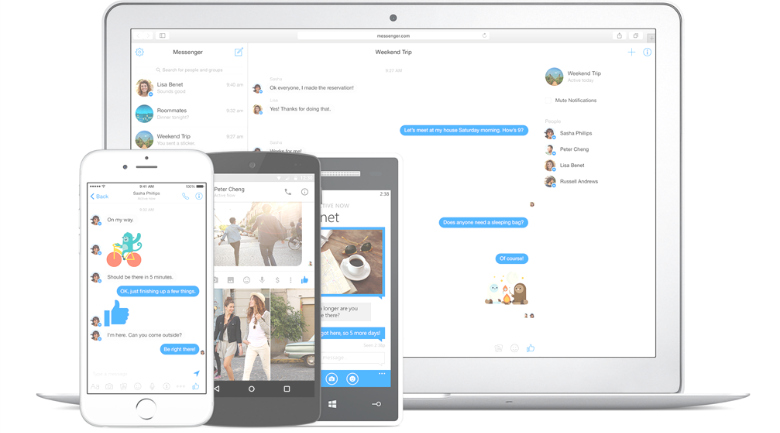 Opening the opportunity for chatbots

Insider experts predict that Facebook will announce its Messenger Bot Store at this year’s F8 conference in a move that Tech Crunch is calling the “most important launch since the App store.” The Messenger Bot Store will give developers unprecedented opportunities to create chatbots for messenger.

The Messenger Bot store could herald a new era of what Chris Messina calls “conversational commerce.” Facebook Messenger can already be used to make purchases, restaurant reservations, or travel arrangements. A Messenger Bot store will encourage developers to come up with even more ways for users to interface with brands directly through their Messenger app, including moving beyond text-based bots into dynamic user interfaces that combine text with graphics and video.

Said TC, “when you can easily interact with Dominos, United Airlines and Capital One on Messenger…will you ever use their bloated native apps again?” suggesting that chatbots have the potential to eventually surpass apps.

Already there is a growing “ecosystem” of chat-based bots, what with the recent expansion of the Telegram Bot Store and Google’s research and development of a chatbot. A lot of major investors are also throwing down big bucks on bots. Albert Wenger of Union Square Ventures called the recent flood of investments “the Great Bot Rush.”

Stayed tuned for the revolution

The possibilities seem endless. Some experts are even saying that “bots are the new apps.” When Apple launched its App Store in March 2008, the number of iPhone sales doubled, then doubled again for several subsequent years. Currently Facebook Messenger has over 800 million active monthly users – that’s 100 times more than the number of people using iPhones when Apple launched in the App Store.

In other words, Facebook has a huge audience that could launch a revolution in how we interact with brands on mobile – through bots, instead of apps.

Only time will tell if bots will truly be the next apps – but tech companies and investors are putting the money, research, and development into making it so.