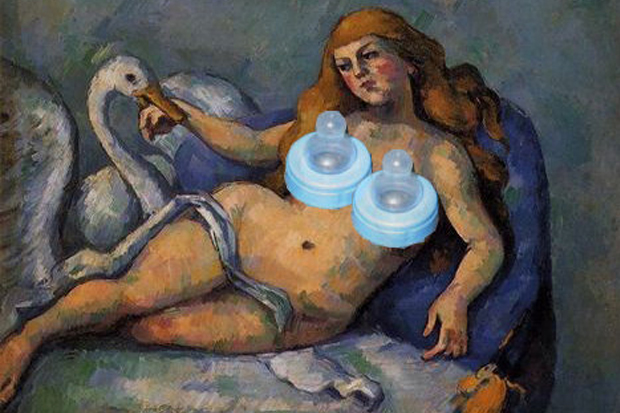 The above photo is said to have been banned by Facebook staff.

The above photo is said to have been banned by Facebook staff.

In response, breast-feeding activists are using Facebook to coordinate “nurse-ins” outside of Facebook headquarters, according to ReadWriteWeb, led by activist Emma Kwasnica who says she has had 30 breast-feeding photos removed due to other users’ flagging them, some as innocent as the photo above that Facebook removed without explanation. Kwasnica says Facebook has completely shut down her account four separate times, once for 30 days.

Facebook publicly advocates sharing of these photos as their terms of service account for them, and supporters say it is in Facebook’s best interest to retain the growing demographic of mothers using the social network to communicate with each other about their daily lives which includes breast-feeding. Alicia Eler writes at ReadWriteWeb, “Breast-feeding photos are a natural part of a user’s “online scrapbook,” which is the entire point of the new Timeline.”

“It is obvious to me now that Facebook really has lost control of their network, especially when their written policy clearly states they support the sharing of breastfeeding images, yet they say they cannot control the actions of their employees who keep removing breastfeeding images and who block accounts of the users who post them – usually ‘in error.’ This is exasperating to me,” Kwasnica said to the Huffington Post.

Some will say that a cover photo of someone breastfeeding is uncomfortable to look at, but all can agree that it is not pornography as Facebook employees are treating it as despite their own policies to allow it. We predict the company will recant their position in light of the “nurse-ins,” especially as they await approval from the SEC on their IPO filing – a particularly sensitive time for any company.