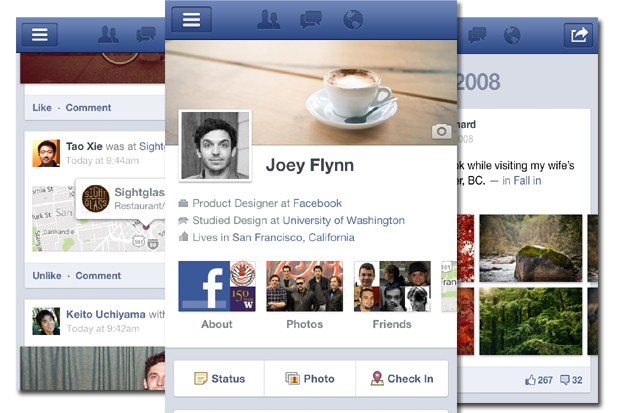 Last fall, we introduced you to Facebook’s new Timeline feature, complete with a giant cover photo and profile redesign. We even were the first to show you 50 Facebook Timeline covers and gave best practices (hint: there is an actual size for the cover photo that works best).

Until now, the Timeline remained optional and people had to turn it on, so to speak, but Facebook has announced that all 800 million profiles will be the default mandatory format for all users “over the next few weeks,” meaning the company wants you to tell your entire life story in reverse chronological order and fill in the blanks, and they want you to upload a giant cover photo, but you will no longer be able to hide from the changes if you have been procrastinating.

The Timeline feature makes users’ lives a tad more public which is why many have opted out of using it and likely why Facebook is forcing the change. “Over the next few weeks, everyone will get timeline,” Facebook said on their blog. “When you get timeline, you’ll have 7 days to preview what’s there now. This gives you a chance to add or hide whatever you want before anyone else sees it.”

Last week, Facebook announced 60 new apps that allow users to instantly share information without any effort – what they are cooking, eating, running, wearing, watching, etc. just based on what they are doing, requiring no real input. Facebook offers privacy settings on all apps to determine who sees what information.

If you do not have the new Timeline profile yet, you can go to Facebook’s Timeline intro page to turn it on and beat Facebook to the punch, or you can wait until they force you to switch, which will happen with an announcement that will pop up at the top of your profile giving you instructions on what steps to take.